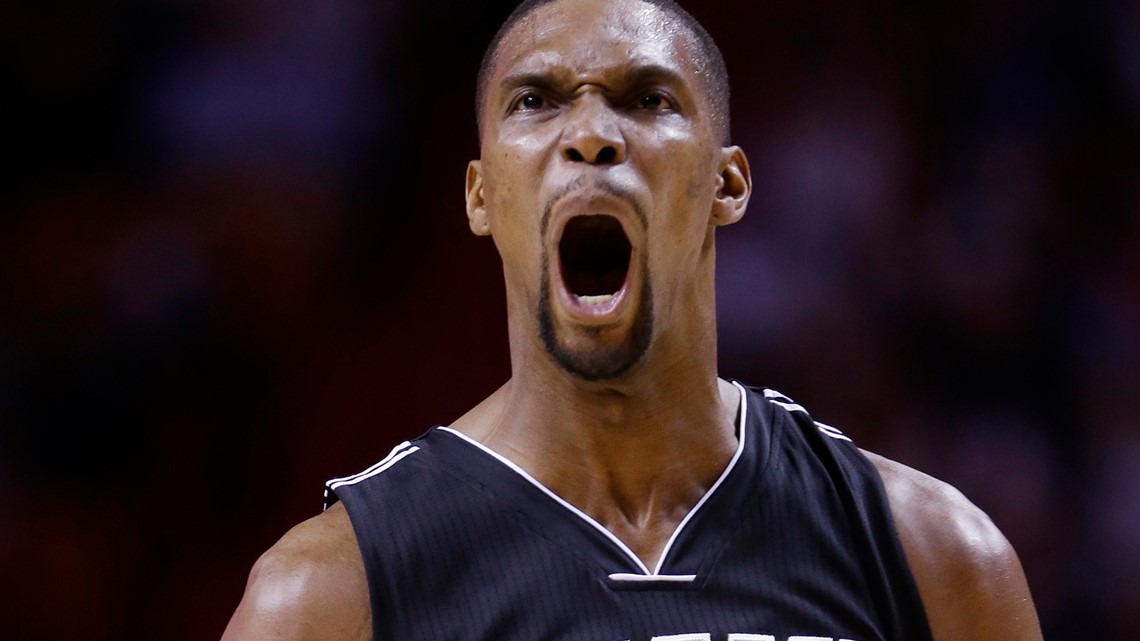 Chris Bosh’s playing career ended years before he planned. Jay Wright was in trouble three years into a tenure at Villanova. Chris Webber was a finalist for years.

Jay Wright was in trouble three years into his tenure at Villanova, with speculation swirling that he would be fired. Chris Bosh’s playing career ended years before he planned. Chris Webber had been a finalist for years, only to be let down time and time again.
Turns out, basketball’s highest honor awaited them all.
Bosh, Webber and Wright were among the names announced Sunday as this year’s Naismith Memorial Basketball Hall of Fame enshrinement class, a group that also includes Paul Pierce and WNBA stars Yolanda Griffith and Lauren Jackson.
Webber had been a finalist in each of the last five years before finally breaking through and getting the selection. Bosh and Pierce were among those who made it in their first year of eligibility.
“Jay is one of the best coaches I’ve ever had, and one of the best people I’ve ever known,” said former Villanova guard Kyle Lowry, now with the Toronto Raptors, after he got the word Sunday about Wright’s selection. “He treated me like a son, and he helped me become the man I am today. He is truly a special person.”
Speaking of coaches, the NBA also announced that the ninth-winningest coach in NBA history Rick Adelman is also part of the 2021 Hall of Fame class.

The class even has someone who has been a Hall of Famer for 46 years already: The 11-time NBA champion Bill Russell, enshrined in 1975 as a player, has been selected again as a coach. Russell becomes the fifth Hall of Famer who’ll be inducted as both a player and a coach, joining John Wooden, Lenny Wilkens, Bill Sharman and Tommy Heinsohn.
Toni Kukoc was selected by the Hall of Fame’s international committee, and Pearl Moore — a 4,000-point scorer in college, most of them coming at Francis Marion — was among those selected for induction as well.