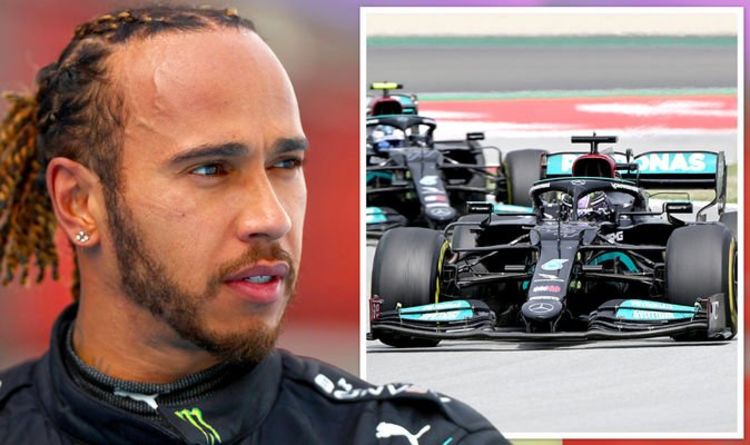 For Mercedes F1 boss Toto Wolff, how much longer his star driver Lewis Hamilton wishes to continue is just the beginning of a series of headaches he faces. There is a very real problem of succession and that needs to be addressed sooner rather than later, regardless of Hamilton’s plans.
Since signing a one-year deal with Mercedes, Hamilton has been hounded by both the media and fans about his future in Formula One, and how long he has left in him to perform at his top level.

At 36 years old, he is the third oldest driver on the grid, with more than enough credentials under his belt to last many lifetimes, and if he wins his eighth world title, he becomes the most successful driver in F1 history by any measure.

Hamilton says he’d like to agree a new contract beyond this season by the time of the August summer break, yet there still remains a conundrum for the Mercedes F1 boss.

Ideally, Mercedes would doubtless want Hamilton to continue indefinitely, with Wolff recently suggesting the champion could go into his 40s if he wanted to.

Hamilton recently said: “You look at Michael Schumacher, he was still very fit at 43 years old. It’s all a state of mind and how you want to apply your time, how much training you want to do, the boring stuff like stretching and really looking after your ‘temple’ or whatever.

“Then it’s if you’re still hungry. I think for sure I will know – as I think I know myself very well now – when I won’t want to do it anymore. I will know when it just doesn’t do it for me anymore.

“I honestly don’t think I’m not going to be able to drive. I think if I want it – and I know how to apply myself – I think I’ll be able to do it. I don’t think my reactions will tail off until I’m at least in my mid-40s.”

But the real question mark is what comes next. When is the right time for Mercedes to strike and take the plunge to start moulding the next F1 star of the future?

DON’T MISS:
Ricciardo backing Max Verstappen and three others to topple Hamilton
Mercedes may have another Hamilton on their hands when F1 star retires
Romain Grosjean claims hard-earned podium at Indianapolis GP

Williams driver George Russell – 13 years Hamilton’s junior – is the man earmarked as Mercedes’ future star. It is not viable to keep him treading the boards for a fourth season in the back-of-the grid circumstances of Williams. Which, if Hamilton does continue into next year, as expected, would seem to leave no place there for Valtteri Bottas.

Not signing Russell for a Mercedes drive as his Williams contract comes to an end this year risks losing him to a rival team. The impetus would seem to very much be to bring Russell in, regardless of Hamilton’s plans.

But this is a tough call for Wolff. The Hamilton-Bottas partnership has worked beautifully well. It’s balanced in a way the combative Hamilton-Rosberg partnership wasn’t. Bottas is quick enough to win races here and there but his personality has helped create the serene environment which has contributed to the team’s success.

But Hamilton won’t be around forever – and Wolff cannot risk being left high and dry without a champion-calibre driver when the day comes for Hamilton to call it a day.

So, what happens if Russell comes in, but doesn’t perform as the right ‘wingman’? The fact is, Wolff will have to decide one time or another to take a punt on someone else – and that someone may need work to become the next Lewis Hamilton – unless maybe that someone is Max Verstappen, but that’s a whole different can of worms.

Equally, what happens if they do sign Russell, but he’s not good enough to be the long-term replacement for Hamilton? Mercedes need to know that sooner rather than later.

Regardless, he has to decide where the future of Mercedes goes next, what life as the seven-time champion will look like once Hamilton has left. Wolff needs to back a horse, and he needs to back them soon – or they could risk losing everything they’ve been working hard to create over the past decade.

And there are many other options away from Russell.

Wolff has also suggested Esteban Ocon, who parted ways with Mercedes in order to join Renault in 2019, is still a candidate for a 2022 race seat.

And Ocon is of course managed by Wolff, so clearly he will be looked at seriously as a replacement. But what about Lando Norris? Charles Leclerc, Pierre Gasly – yes, they are all contracted elsewhere, but with a package like Mercedes, there’s only one clear winner.

Mercedes were the last team to confirm its 2021 lineup, with the seven-time world champion Lewis Hamilton a late addition to the grid.

But now, even with Bottas and Hamilton a potential for the future, the Austrian must start planning his journey to find who is the next big thing to come over to Mercedes, ruling out any form of mid-season swapping of drivers.

“I see no reason to change. It’s these guys over there [pointing towards Red Bull’s motorhome] that like to play musical chairs, so no change expected,” said Wolff.

But change will have to come, whether Wolff likes it or not.