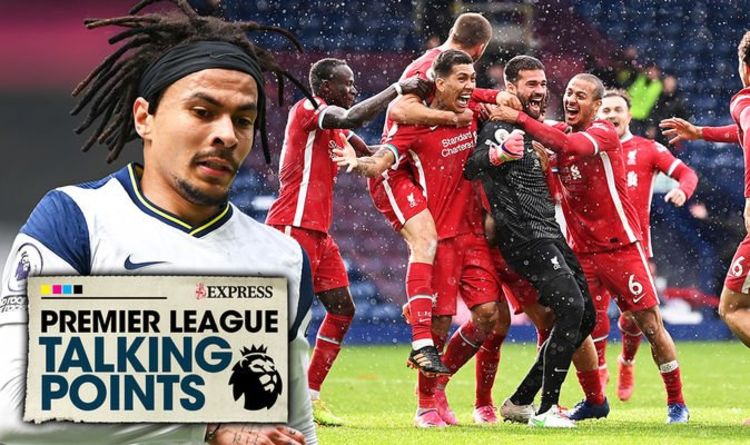 SNEAKING INTO THE EUROS BY THE BACK ALLI

What was this? Tottenham one goal to the good and still banging shots against the woodwork and eventually adding a second.

By BASKing in the glory of the Fantasy Formation of Bale, Alli, Son and Kane, Ryan Mason has given Spurs fans a taste of what they are dreaming of. And with speculation surrounding Kane, it might be last fleeting glimpse of a line-up for the ages.

If it was still the 2013 Gareth Bale and Dele Alli from 2017, Spurs’ season would have been very different indeed.

But at least these last more cossetted games of the season, away from Jose Mourinho’s abrasive abuse, have given both players a chance to rebuild some confidence.

Sadly for Bale it is unlikely to be enough to earn him a final-year Real Madrid swansong, so his summer looks uncertain.

As he showed four seasons ago, he has the potential to be among the very best. And with his pace over five yards, his energy and, yes, that ‘devilment’ Mauricio Pochettino kept going on about, he offers something different.

Gareth Southgate has three places extra in his Euro 2020 squad that he was not expecting. Is it time to hold out the olive branch to Alli and see what he can do?