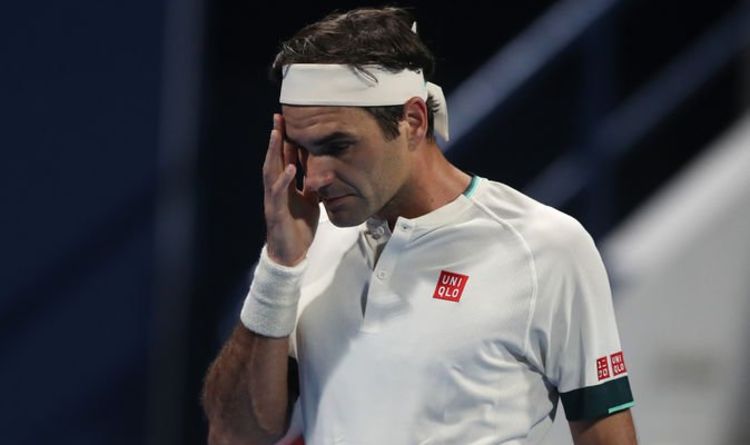 Amazon Prime tennis pundits Greg Rusedski and Daniela Hantuchova both expressed concerns ahead of Roger Federer’s return to action at the Geneva Open this week. The Swiss star has chosen his home nation’s ATP 250 event to warm up for the French Open.
Federer underwent knee surgery twice last year which has threatened to end his career.

The 39-year-old went 14 months without a competitive match until he made a comeback in Doha in March.

After beating British No 1 Dan Evans in his opening tie, he was then downed by Nikoloz Basilashvili in his second outing.

Federer decided against competing in any of the clay Masters events in the run-up to the French Open.

The Swiss star aims to start building fitness and momentum ahead of his favoured grass season.

But Rusedski is concerned about the shape in which the 20-time Grand Slam winner will return.

“I’m concerned for Roger Federer,” Rusedski told Amazon Prime. “When you’re away that long from the tour it takes a long time to get back.

“Fingers crossed he can get some lead-up matches on grass, whether it’s some exhibition matches or a challenger, to get some matches. That’s what he will need.

“It’s not as easy just turning a dial the older you get, but fingers crossed he can have a great run at Queen’s Club.”

Fellow pundit Hantuchova echoed Rusedski’s remarks and will be watching on closely as the world No 8 attempts to prove he can still battle with the best.

“You are concerned how easy they will move when they come back,” Hantuchova added. “As Greg said, especially with Roger being 39.

“We appreciate that he is back and it will be fascinating to see what type of level he can produce in the first round.

“We know that when he gets his rhythm and gets into the semis he can expect but it is the early stages in the tournament that I am a little bit concerned.”

Federer is facing a race to get fit for Wimbledon, where he hopes to win the 21st major tournament of his career.

He will then try and claim an elusive singles gold medal at the Tokyo Olympic Games.