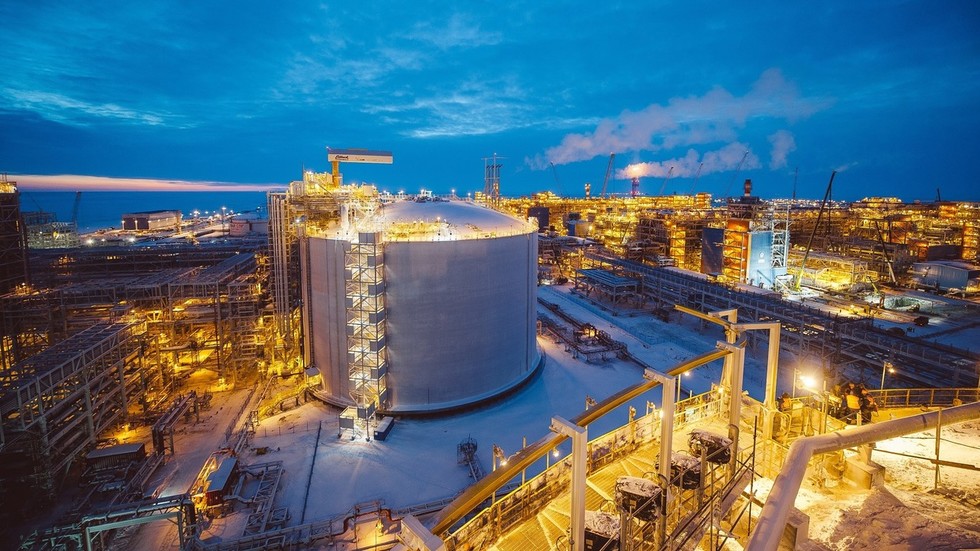 All three production lines of the Arctic LNG 2 plant, which is aimed at exporting liquefied natural gas (LNG) from Russia’s resource-rich Arctic region, could be launched in 2023-2025, according to gas producer Novatek.

He also said that the company is discussing plans with Rosatom and Rosatomflot on year-round navigation along the Northern Sea Route from 2023.
Also on rt.com Investment in Russia’s Arctic LNG 2 project to total $ 6 BILLION this year
The Arctic LNG 2 project on the Gydan Peninsula envisages constructing three LNG liquefaction trains of 6.6 million tons per annum each, and a cumulative gas condensate production capacity of 1.6 million tons per annum. The total LNG capacity of the three trains will be 19.8 million tons.

Novatek announced last month that the company had inked 20-year agreements with the shareholders of the Arctic LNG 2 on the sale and purchase of the entire produced volume of liquified natural gas.