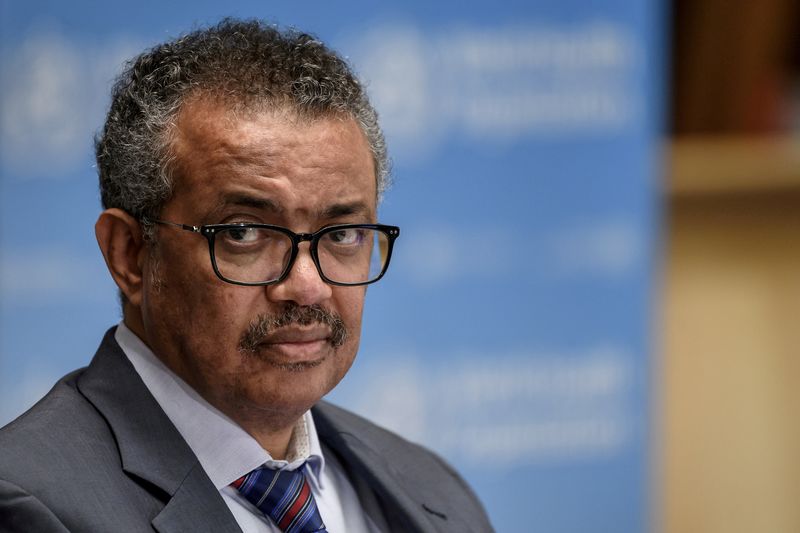 GENEVA (Reuters) -The head of the World Health Organization called on manufacturers to make COVID-19 vaccine doses available to the COVAX vaccine-sharing facility earlier than planned due to a supply shortfall left by Indian export disruptions.

COVAX, which supplies doses to poorer countries, relies heavily on India’s Serum Institute’s exports of the AstraZeneca (NASDAQ:) jab but many of these are instead being used by the country as it battles a massive second wave of infections.

The head of UNICEF on Monday asked G7 countries to donate supplies as an emergency measure to make up the shortfall estimated at 140 million doses by end-May.

“While we appreciate the work of AstraZeneca who have been steadily increasing the speed and volume of their deliveries, we need other manufacturers to follow suit,” WHO Director-General Tedros Adhanom Ghebreyesus told a virtual briefing.

Specifically, he asked Pfizer (NYSE:) to bring forward deliveries of some 40 million doses in the second half of the year and asked Moderna (NASDAQ:) to make doses pledged for 2022 available this year.

“We need doses right now and call on them to bring forward deliveries as soon as possible,” he said.