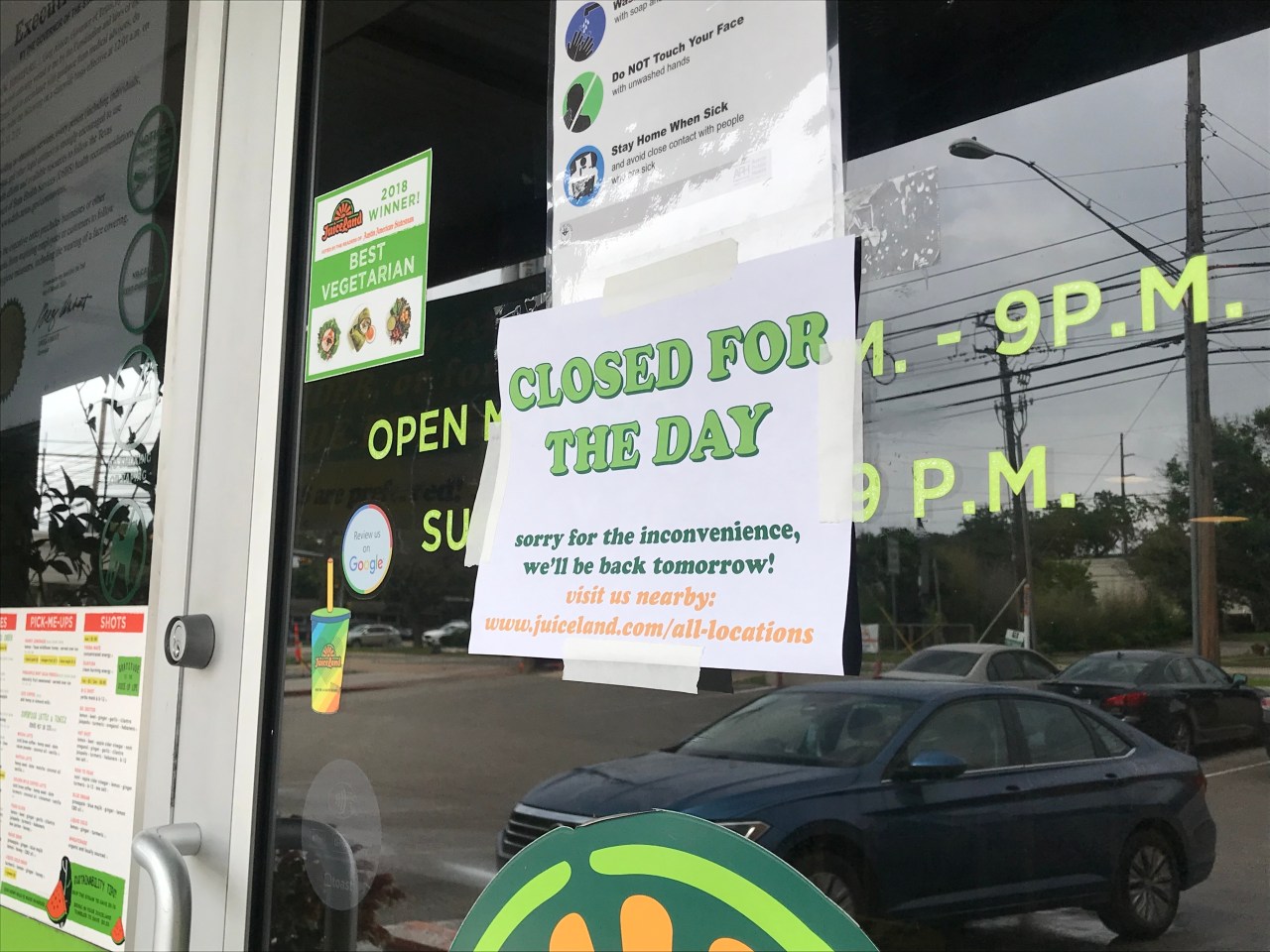 The Juiceland Workers Rights group announced the end of an initial meeting with Juiceland officials at 4:30 p.m. Monday. Additional statements regarding strike actions and meeting happenings will be provided later this evening.

A second meeting between the workers and Juiceland officials is scheduled for Friday, per the Instagram announcement.

AUSTIN (KXAN) — Four Juiceland shops are closed and one is running on limited operations in Austin amid an ongoing strike between workers and company leaders.

Juiceland’s Domain Northside, Saltillo Plaza, Mueller and Balcones locations are closed Monday, according to both the company’s website and each shop’s respective answering machine. The 29th & Guadalupe shop is running on limited hours Monday from 9 a.m. – 4 p.m.

TRENDING STORIES: Here’s how you get $ 50 off your internet bill in Austin thanks to the federal government

The closed and limited hour locations were listed on the Instagram account Juiceland Workers Rights as operational changes affiliated with the strike. Monday’s hour changes follow an initial list of shops closed or running on limited hours published on Sunday.

The account, launched on Sunday, details an ongoing dispute between some workers and Juiceland officials over wages and alleged accounts of racism and sexism within the company.

“For too long the juiceland (sic) production facility workers have endured unsanitary, rough working conditions, and no hazard pay during the pandemic,” read an Instagram statement posted Sunday. “As a result, we have made a list of demands and are currently not working as we negotiate with juiceland (sic).”

Juiceland Workers Rights has not yet responded to an interview request by KXAN regarding current worker conditions and alleged mistreatment. We will update this story if a response is received.

Negotiation demands include a starting pay increase to $ 17 an hour, heightened sanitation measures and improved workplace conditions and $ 50 monthly bonuses for employees who worked throughout the pandemic as a form of hazard pay. Other demands include worker-led managerial evaluations and transparency in workers’ pay and management salaries.

Juiceland Workers Rights launched a GoFundMe on Sunday to help support workers impacted by the strike-driven closures and limited shop hours. More than $ 4,600 of a total $ 8,000 goal has been raised as of noon on Monday.

A meeting between Juiceland officials, drivers and workers was scheduled for Monday morning, according to an Instagram post. Details following that meeting were not yet available at the time of publishing.

In a May 16 statement, Juiceland representatives said they have increased wages to a “guaranteed $ 15/hr” beginning Sunday. Officials defined the guaranteed $ 15 per hour as the starting amount employees will make, after tips per pay cycle are factored in.

“In a perfect business world, we would not be making this commitment until we could stabilize our operational costs and heal more fully from our losses incurred due to the pandemic,” the statement read. “We still have shops closed and have to cover those costs, along with stores operating with lower sales than previous years.”

An updated statement published on Juiceland’s Instagram account Monday addressed alleged “discrimination and safety issues. In the statement, Juiceland officials said the company began drafting a diversity, equity and inclusion tactical plan in March “as a lens through which we view every decision the business has to make.”

“Discrimination and safety issues must be addressed appropriately as a business,” the Monday statement read, adding, “We are truly committed to addressing unacceptable behavior that has been reported and encourage anyone to report any experiences of this nature to HR immediately.”

Officials said additional feedback methods will be implemented for employees to access, infrastructure improvements are scheduled for a 2021 completion and officials will add further “employee education about evaluation and pay raise cadence.”