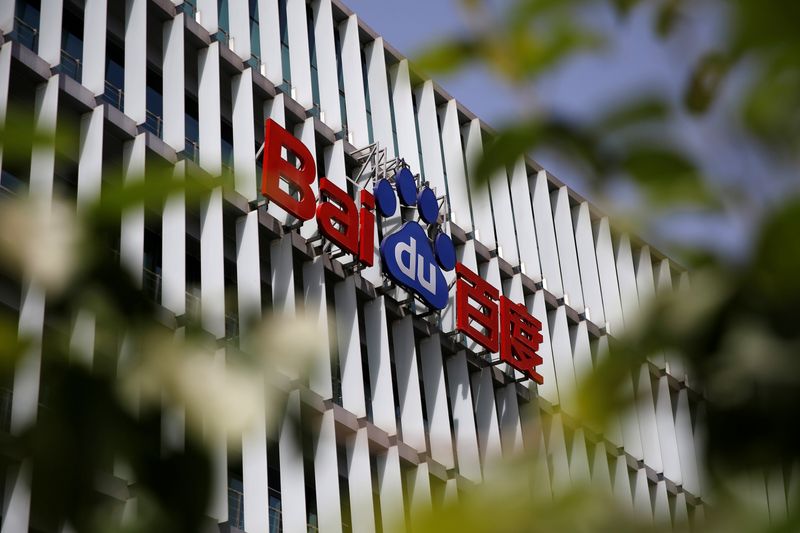 (Reuters) – China’s Baidu Inc (NASDAQ:) reported quarterly revenue that beat Wall Street estimates on Tuesday, as the company beefed up its cloud and artificial intelligence services to fend off competition in the advertising business.

The Beijing-based tech giant has diversified its revenue sources by expanding its cloud services, artificial intelligence, and smart transport technology footprint as competition for advertising sales heats up from local internet giants Alibaba (NYSE:) and ByteDance.

The company, which obtained a secondary listing in Hong Kong in March, said total revenue rose 25% to 28.13 billion yuan ($ 4.38 billion) in the first quarter, boosted partly by the 70% year-on-year growth of its non-advertising revenue, which includes the fast-growing cloud business.

Analysts on average had expected revenue of 27.25 billion yuan, according to IBES data from Refinitiv.

Baidu’s online ad revenue hit 16.3 billion yuan, a 27% increase compared with the same period a year earlier, when Baidu swung to an operating loss due to Covid lockdowns in the country.

Baidu’s results also come amid a regulatory clampdown on China’s internet giants to keep a check on the country’s big techs’ monopolistic practices.

U.S.-listed shares of the company rose 3.5% in premarket trading. The shares had been on a tear in the first quarter amid a series of block trades tied to the meltdown of hedge fund Archegos Capital Management.