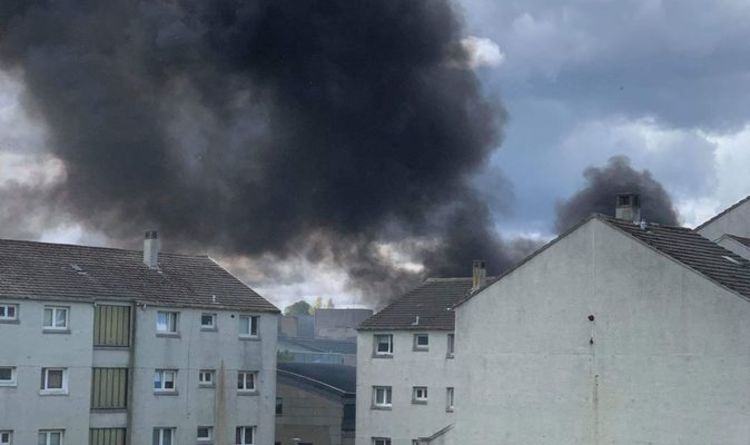 Pictures posted on social media showed smoke filling the sky of the surrounding area to the shopping centre. One, who posted images on Twitter, wrote: “Just been an explosion outside Westside Plaza Shopping Centre, Wester Hailes – thick black smoke in surrounding air”. The shopping centre is home to a range of shops, including a cinema and supermarkets.
Westside Plaza Shopping Centre confirmed the incident to Express.co.uk.

Emergency services have rushed to the scene.

It is understood a gas canister caught alight, causing the “explosion”.

Local fire crews are now on the scene at the shopping centre.

Police are also thought to be on the scene to attend the blaze.

As it stands, it is not known if there have been any injuries from the explosion.

The incident is ongoing as fire crews deal with the fire.