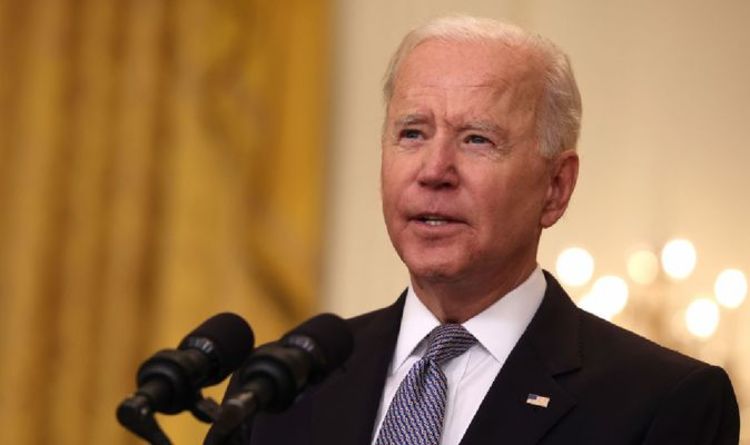 Violence between the two sides has been ongoing for eight days and has led to multiple casualties, including children. The US President told Israeli Prime Minister Benjamin Netanyahu that he was working with Egypt and other countries on halting hostilities. However, the US refused to back a UN Council statement calling for an end to the violence.
A White House statement said that Mr Biden “encouraged Israel to make every effort to ensure the protection of innocent civilians”.

It added that the US president “expressed his support for a ceasefire and discussed US engagement with Egypt and other partners towards that end.”

It is estimated that at least 212 people, among them 61 children, have been killed in Gaza.

Israel say that 10 of its citizens, including two children, have lost their lives as a result of rocket attacks.

The US refused for a third time to sanction a UN Security Council statement calling on Israel to cease its military offensive.

The White House said it preferred to pursue its own diplomatic efforts.

Mr Biden’s spokeswoman Jen Psaki told reporters: “Our calculation at this point is that having those conversations behind the scenes…is the most constructive approach we can take.”

It comes as Israel continued to target Gaza with air strikes on Monday, killing at least another seven Palestinians.

Most have been intercepted by the country’s Iron Dome defence system.

But the attacks have had a profound psychological impact on citizens.

Eitan Singer, a father of three, told the BBC: “It is not easy – seven days in a row when we go to sleep and almost every evening, every night, we get the kids out of bed, run to shelters.