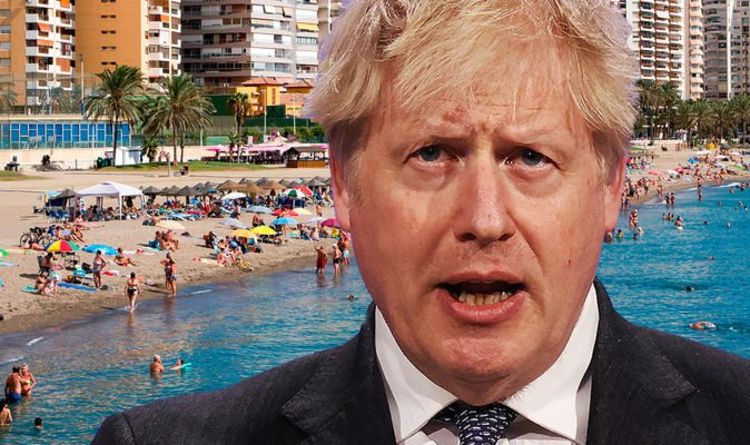 Mark Sampson, who moved to Spain in the 1990s and ran the Costa del Sol’s Eurobar until 2018, has blasted Boris Johnson’s Covid travel policies for “writing off” this summer’s season. The 56-year-old, who now runs two publishing companies, also slammed the Spanish government for “ruining” this year’s tourist season.
Spain is currently on the UK’s amber list forcing travellers to do two post-arrival tests and self-isolate for 10 days upon their return.

This period can be halved if they provide an additional negative test on day five.

But this extra cost has put many travellers off, leaving them choosing staycations or green list countries – which have no requirement to self-isolate and only one-post arrival Covid test.

Mr Sampson told Express.co.uk: “The UK and Spanish governments could not have messed this up any more if they had to create a disaster as a mission.

“Certainly my own pals from the UK have all jetted off to Portugal, Florida or Egypt.

In 2019 Spain received 83.5 million tourists, accounting for around 12 percent of its GDP.

In an effort to avert the economic crisis that losing a second holiday season would cause, the government is doing everything it can to lure them back.

But with the current coronavirus restrictions it is “hoping” the numbers will be at least half that this year, its tourism minister María Reyes Maroto said.

From Friday Spain is aiming to welcome British tourists back without the need for a negative Covid test.

Pedro Sanchez’s government has launched a £6.8million fund to lure UK holidaymakers back.

Ms Reyes Maroto said: “If all goes well, from May 20 – although there’s always a bit of the unknown over the evolution of the pandemic in the countries we’re focusing on with the campaign, though the numbers from the UK look good on both vaccination and accumulated incidence – Britons will be able to come to Spain.

“What’s more, they won’t be asked for a PCR test when they arrive in the country. I think it’s really good news.”