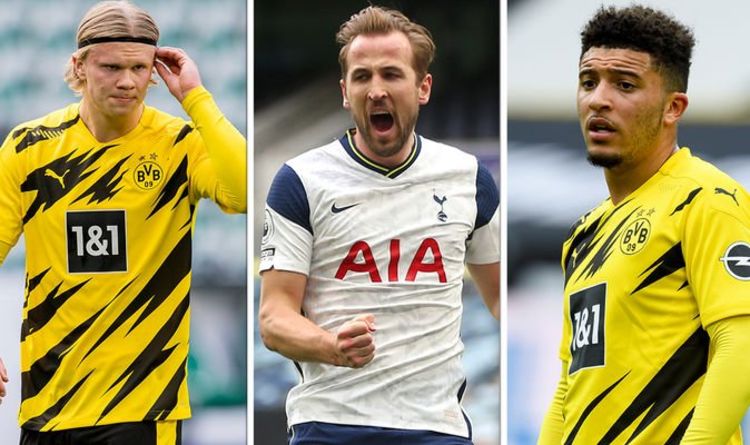 Harry Kane is the talk of the town after reportedly telling Tottenham that he wants to leave at the end of the season. It is very rare that such a prolific frontman comes on the market and a number of elite clubs will be chasing his signature. Express Sport brings you all the latest transfer gossip from the biggest teams.
Chelsea make Kane decision

Chelsea are prepared to meet the £150million asking price of Tottenham star Harry Kane ahead of the summer transfer window, but there are questions over the likelihood of an impending move to the Stamford Bridge club, according to reports.

Kane is believed to have informed Spurs chiefs of his desire to seek a new challenge, with the 27-year-old growing frustrated over the club’s lack of silverware.

Chelsea are willing to match Tottenham’s astronomical demands in order to bring Kane to west London, according to The Independent, with club director Marina Granovskaia undeterred by the Spurs man’s age.

However, it is also claimed that Chelsea will face two significant obstacles in their efforts to push a deal over the line.

Manchester United and Chelsea have made contact with Harry Kane after the striker told Tottenham that he wants to leave at the end of the season, according to Sky Sports.

The England international is keen to stay in the Premier League, which pours cold water on a move overseas.

The report adds that Kane wants his future sorted before he links up with England for Euro 2020 this summer.

However, Spurs chairman Daniel Levy will not want to lose his top scorer to a domestic rival.

The toughest part of leaving north London will be trying to convince Levy to sell up.

Tottenham made discreet enquiries over Erling Haaland earlier this year as uncertainty over Harry Kane’s future grew, according to the Mail.

However, they quickly turned to other options after his agent Mino Raiola demanded wages worth £350,000-a-week.

The recruitment department at the club have been working hard over finding a potential replacement with United ace Anthony Martial and City’s Gabriel Jesus on their radar.

Regardless of what happens, one thing that is certain is Levy’s hardline transfer stance.

Arsenal have ‘no chance’ of signing Rennes superstar Eduardo Camavinga, despite reports linking him with a move to north London.

According to Football.London, Arteta is looking at five transfers, with a back-up goalkeeper, left-back competition, a new striker and a central midfielder all on the agenda.

A midfield partner for Thomas Partey is set to be at the top of his wishlist, amid doubts over a number of players’ futures.

Camavinga, 18, has previously been touted as a potential target for the Gunners, with agent Jonathan Barnett claiming a number of clubs are in the mix for his signature.

The Athletic claim ‘there is no chance’ Arsenal would be able to pull off a move for Camavinga, who has been linked with the likes of Paris Saint-Germain, Real Madrid and Barcelona.