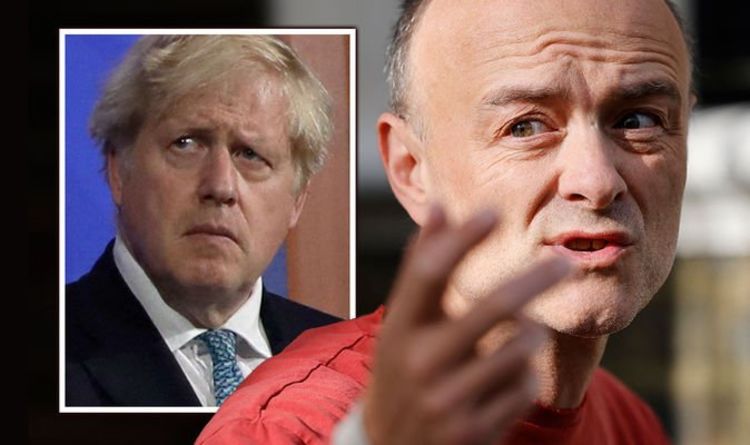 Former advisor Mr Cummings has now turned on his former boss at Number 10 and launched a savage attack on Mr Johnson’s handling of the pandemic. Mr Cummings believes the Prime Minister should have learned from the strict lockdowns of East Asian countries and blocked entry from India earlier to stop the variant from over-running the country. He said that Number 10 was “totally hostile to learning from East Asia” over the course of the pandemic, which resulted in a reluctance to close the UK’s borders and halt the spread of deadly coronavirus mutations.

The former advisor to Mr Johnson has echoed calls from scientists of the Independent Sage group who have urged a delay on lifting the lockdown restrictions in England, because of the alarming rate at which the Indian variant has spread through the nation.

Mr Cummings has now opposed the Prime Minister’s lockdown easing plan and has supported Professor Pagel who urges the Government to take a “precautionary principle” instead of lifting restrictions on May 17.

Timothy Gowers, a director of research at the University of Cambridge, tweeted: “Even if there’s only a 20 percent chance that Prof Pagel is right, the cost of another big wave is much higher than the cost of delaying the next stage of the roadmap.”

Mr Cummings also accused the UK Government of showing a lack of transparency during the pandemic.

He said the response to new variants had “contributed greatly to the catastrophe”.

Mr Cummings then added the plan for tackling coronavirus “turned out to be part disaster, part non-existent”.

“Also shows that if you really get your act together not only is economy largely unscathed but life is normal.”

He continued: “There’s a general western problem based on nonsense memes like ‘Asians all do as they’re told it won’t work here’.

“This is what many behavioural science ‘experts’ charlatans argued, disastrously, in Feb 2020.

Mr Cummings is set to give evidence to MPs next week about his role in the Government’s response to the pandemic.

On Monday in the House of Commons Labour’s Yvette Cooper said that people would be “angry” that “the government’s border measures have failed to prevent the spread of a new variant”.

Before India was placed on the Government’s red-list on April 23, an estimated 20,000 passengers who may have been infected with the variant were allowed to enter the UK.

It comes as cases of the Indian variant are currently surging across some parts of the country.