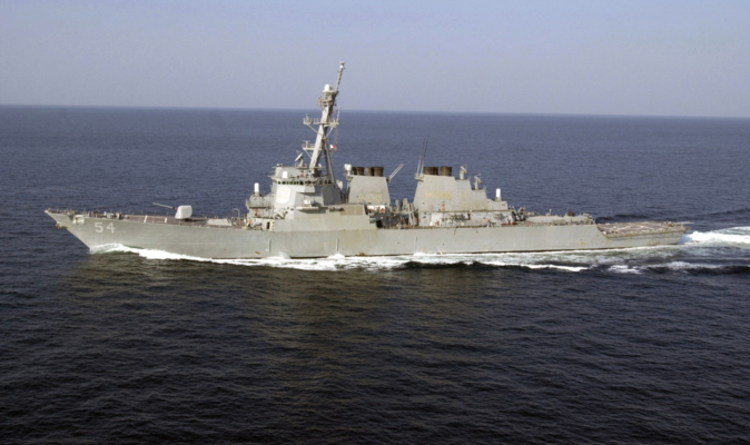 This prompted further fears of all-out conflict in the disputed region. The US Navy released a statement explaining why the Arleigh Burke-class guided-missile destroyer, USS Curtis Wilbur, was complying with international law.
The statement read: “The ship’s transit through the Taiwan Strait demonstrates the US commitment to a free and open Indo-Pacific.

But China denounced the US Navy for “disrupting” peace in the contested waters.

A spokesman for China’s Eastern Theatre Command said: “The US actions sends the wrong signals to Taiwan independence forces, deliberately disrupting the regional situation and endangering peace and stability across the Taiwan Strait.”

The remarks come after a former Australian Major General warned of a “very big war” between the US and China in the event that China decides to take back Taiwan by force.

China’s stance toward its neighbour has become increasingly aggressive and its rhetoric is ever more belligerent.

Retired Major General and Liberal Senator Jim Dolan pointed out that Washington is “not convinced” that it could win any such military clash and that Australia could face “collateral attacks” from Beijing.