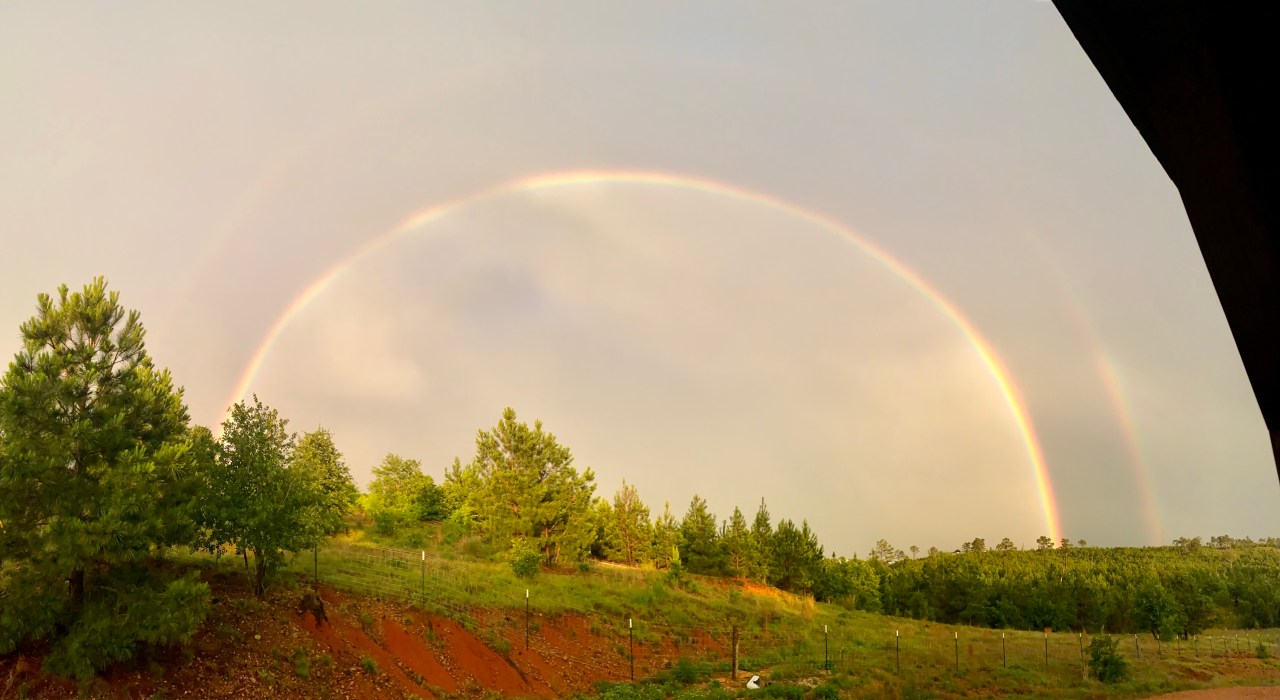 We’re all familiar with the orange-yellow — and sometimes even green — glow the sky turns when strong storms form in Central Texas. Some viewers captured some spectacular sunset shots in their own backyards, complete with rainbows, mammatus clouds and lightning.

Here’s a gallery of some of the best shots.

MAMMATUS CLOUDS: These clouds are formed when sinking air is cooler than the air around it, according to AccuWeather. They also must have high liquid water or ice content.

RAINBOWS: For rainbows to form, you need three things: sunlight, rain and the perfect location.

LIGHTNING: Lightning is a big spark of electricity in the atmosphere between clouds, the air or the ground, according to The National Severe Storms Laboratory.

This awesome video of lightning seen over Austin was sent in by Eduardo Briceno.