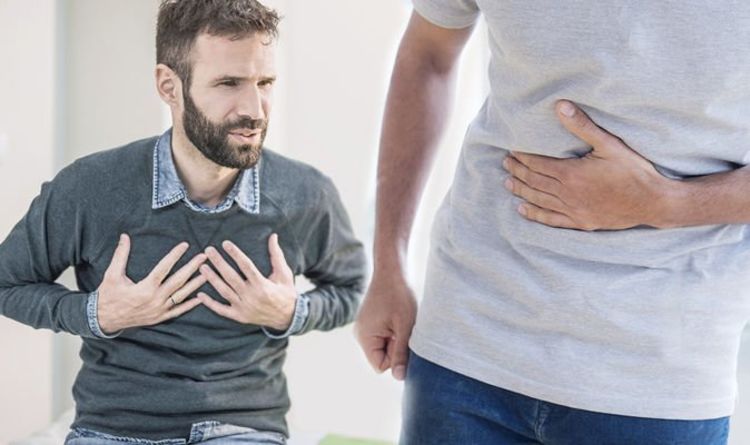 Blood clots are relatively common and are caused by proteins and platelets clumping together in the blood vessels.

They usually develop in the legs or arms, but they can form almost anywhere in the bay, including around the heart, brain or lungs.

Left untreated, the clot may make its way into the lungs, which can be very serious. This is known as a pulmonary embolism.

It’s, therefore, absolutely essential that you seek medical attention if you think that you have a blood clot.

Up to 5 May there were 262 reports of people developing rare blood clots which were linked to low platelet levels after receiving a first dose of the Oxford/ AstraZeneca vaccine in the UK, said the British Heart Foundation.

The health site continued: “Blood clots after the vaccine are rare.

“These 262 cases of blood clots are after 30 million doses of the vaccine. Of the 262 people who developed blood clots, 51 died.

“The MHRA has said that while there is stronger evidence of a link between the vaccine and the blood clots, more research is needed.”

The European Medicines Agency (EMA) listed the signs warning you may be at risk of blood clots which include:

According to the EMA’s findings most of the clots reported occurred in women under the age of 60 within two weeks of vaccination.

There was no increased risk observed among older individuals who received the vaccine.

Because of this, some countries have decided to restrict use of the vaccine in younger individuals.