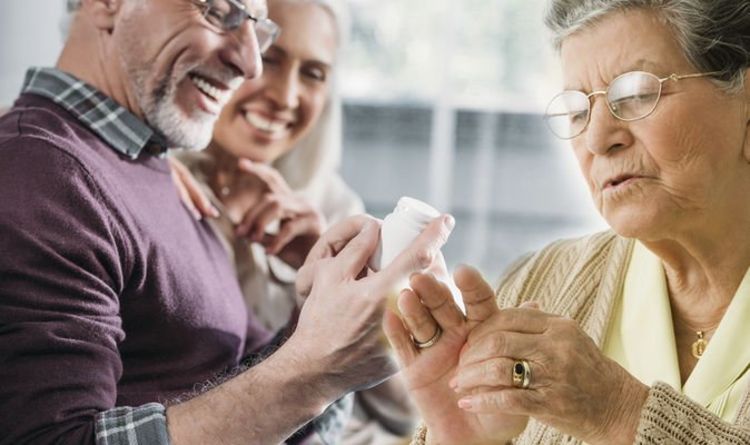 Arthritis comes in many forms but the most common in the UK is osteoarthritis, which affects nearly nine million people. Osteoarthritis initially affects the smooth cartilage lining of the joint. This makes movement more difficult than usual, leading to pain and stiffness. Could a supplement help to ease pain in muscles and reduce arthritis symptoms?

In a study published in Phytomedicine, 227 people with non-specific low back pain or osteoarthritis of the knee or hip treated with devil’s claw extract.

After eight weeks of taking 60mg daily, between 50 and 70 percent of people reported improvement in pain, mobility and flexibility.

A study published in the journal Phytomedicine in 2002 found that patients with hip or knee arthritis taking a supplement containing devil’s claw over eight weeks saw a 54 percent and 39 percent improvement respectively in their pain levels.

Commenting on the growing body of evidence, Versus Arthritis, the UK’s leading arthritis research charity, said: “Evidence suggests that devil’s claw may be as effective as conventional medicines for osteoarthritis.”

Inflammation is your body’s natural response to injury and infection.

If suffering with a would such as a cut on the finger, banging your knee or coming down with the flu, the body responds by activating the immune system.

Devil’s claw has been proposed as a potential remedy for inflammatory condition because it contains plant compounds called iridoid glycosides, particularly harpagoside. In test-tube and animal studies, harpagoside has curbed inflammatory responses.

Research suggests that devil’s claw may help relieve joint pain associated with osteoarthritis and may be as effective as the pain reliever diacerein.

One clinical study involving 122 people with osteoarthritis of the knee and hip suggested that 2,610mg of devil’s claw daily may be as effective at reducing osteoarthritis pain as diacerein, a medication commonly used to treat this condition.

Osteoarthritis is the most common form of arthritis, affecting millions of people around the world.

“Being overweight or obese often makes osteoarthritis worse, as it places extra strain on some of your joints,” explains the NHS.

Another effective way to ease osteoarthritis symptoms and lose weight is to engage in regular exercise.

Although it may feel counterintuitive if you are experiencing joint pain, regular exercise builds up muscle and strengthens the joints, which usually helps to improve symptoms, notes the NHS.

“Exercise is also good for losing weight, improving your posture and relieving stress, all of which will ease symptoms,” it adds.