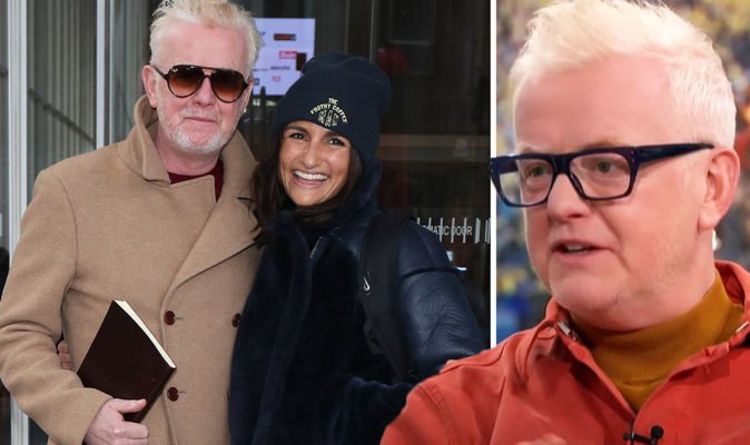 Virgin Radio Breakfast Show host Chris Evans, 55, has revealed that there will be tears in his house this week as he candidly addressed a family milestone while chatting to his co-stars. The media personality has two-year-old twins Walt and Boo with wife Natasha Shishmanian, and he announced live on-air that the duo would be taking a big step by starting nursery today.
Talking about the passing of time on his breakfast show, the star went on to say that memories are either “a minute ago, or 100 years ago”.

After celebrating a listener’s birthday on air, the star added that his son Noah is also the same age.

“He’s 12, he’s catching up”, he added, before dropping a huge milestone for his family.

“The twins go to nursery for the first time tomorrow”, he revealed.

READ MORE: Meghan and Harry urged to ‘be like George Clooney’ with their security

“Rivers, rivers, flood warnings, amber warning in our house all week this week,” he added.

Rachel asked: “Has Tash got an exit strategy for when she drops them off?” referring to Chris’ wife Natasha.

“She needs to have something that she’s going to do”, she added.

At the end of last year, the DJ told his Virgin Radio co-stars that it’s highly unlikely that he and his wife will have any more children after noticing how she’s “developing and evolving” as a person.

He told his colleagues: “I think that Tash is very secretly gearing up to become a yoga teacher.”

“I think now, this is the biggest heads-up that we’re not going to have any more children because obviously she’s not going to tell me either way!”

The radio DJ confessed everything his wife would need to have another child is “done”, while revealing she can access “something, somewhere” that requires his signature every 12-months should she change her mind.

With four children all under the age of 15, Chris believed their twins were the last two they would welcome into the family.

Chris and his professional golfer wife married in 2007 and held their wedding reception in Portugal, which was attended by Chris’ ex Billie.