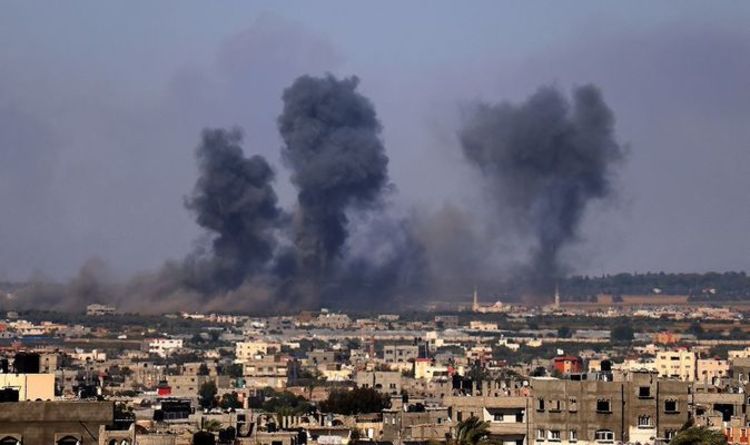 Gaza’s health ministry said on Wednesday some of the latest strikes resulted in the death of a two-year-old, her pregnant mother and disabled father. As the strikes continue, Israeli Prime Minister Benjamin Netanyahu, said he would not “rule out” using extreme measures against militant groups in the Gaza Strip.
At a summit of ambassadors in Tel Aviv earlier on Wednesday, Mr Netanyahu said: “There are only two ways that you can deal with [Hamas]. You can either conquer them – and that’s always an open possibility – or you can deter them.

“And we are engaged right now in forceful deterrence, but I have to say we don’t rule out anything.”

Hours after the comment, US President Joe Biden, called Mr Netanyahu and said that “he expected a significant de-escalation today on the path to a ceasefire.”

Gaza’s health ministry has so far reported that 64 children have been killed in the conflict and over 1,600 have been injured.

It is also estimated that around 58,000 Palestinians have fled from their homes in a bid to escape the ongoing conflict.

The health ministry also warned that relief shelters for families displaced by the bombings are becoming overcrowded and are now a “dangerous environment for the rapid spread of Covid-19.”

They added that “direct targeting” of the ministry’s health facilities has stopped laboratory services for a second day, resulting in the suspension of Covid testing and pregnancy services.

In order to save the health crisis, the ministry is urging “all friends of human rights – whether governments or charitable and humanitarian institutions” – to provide aid to Gaza.

At time of writing, twelve people in Israel have been killed by Hamas’ attacks.