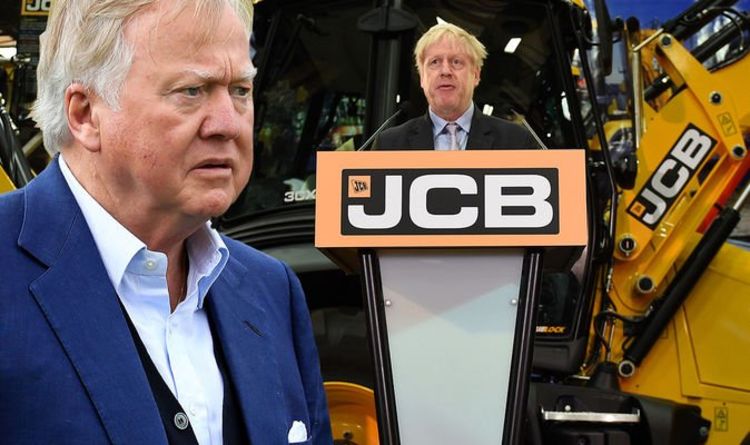 Lord Bamford, who owns JCB diggers, took his company out of the CBI in 2016 shortly after the EU referendum. Ahead of the vote, the CBI backed Remain warning Brexit would cost nearly a million jobs.

Recently the new CBI director-general, Tony Danker, has been appealing for Brexit supporters to re-join the association.

However, speaking to the Sunday Telegraph Lord Bamford claimed the CBI is “completely anti-Brexit” and not “really looking after British interests.”

He added: “We can live very satisfactorily without being in it.”

Asked about Mr Danker Lord Bamford replied: “I don’t know this fellow who’s running it at all.”

Mr Danker has been making overtures to Brexit supporters since taking up his new position.

Speaking to the Sunday Times he backed the Government’s growth plans and urged Eurosceptics to rejoin the CBI.

Mr Danker said: “Any Brexit-supporting business person will surely believe that now is the time that we have left the European Union to build an economic strategy for Britain to win.

“And I invite all of them to join us in shaping our strategy and in being unbelievably optimistic message carriers.”

READ MORE: Liz Truss calls on G7 to get tough in China trade war ‘too soft!’

“Maintaining close alignment with the EU also allows for a future campaign by the CBI to re-enter the single market, something that the EU has been promoting consistently, and has tried to enforce on the UK through the poison pill of the Northern Ireland Protocol.

“Government must beware of siren calls for proto-single market membership, which is the EU and CBI game, and instead go ‘full tonto’ for divergence and super growth.”

Then CBI director-general Carolyn Fairbairn said a leave vote “would be a real blow for living standards, jobs and growth”.

She added: “The savings from reduced EU budget contributions and regulation are greatly outweighed by the negative impact on trade and investment.

“Even in the best case this would cause a serious shock to the UK economy.”

The claims were strongly rejected by the pro-Brexit Vote Leave campaign.

Britain voted to leave the EU by 52 percent of the vote to 48 percent.

After a number of delays caused by parliament Brexit formally took place at the end of January 2020.