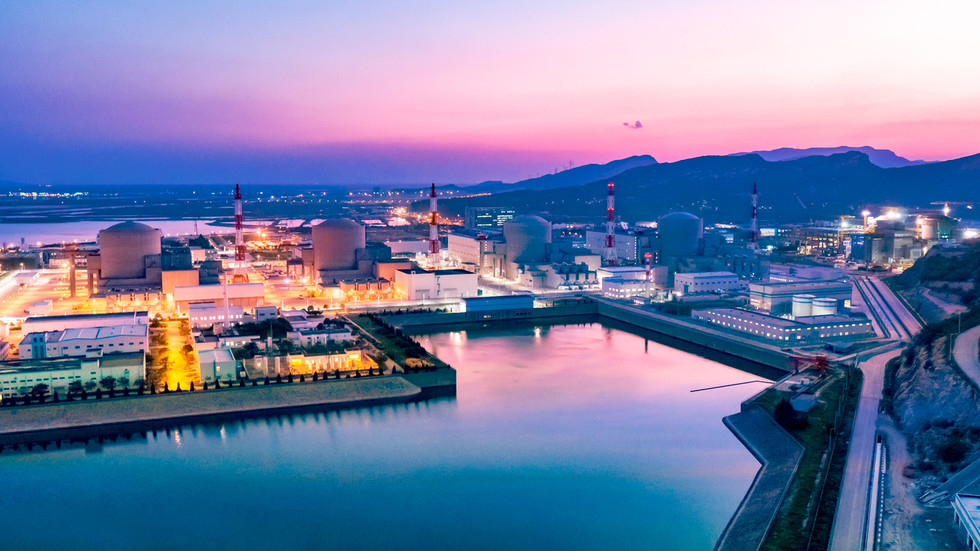 The official ceremony, along with bilateral talks, took place on Wednesday via a video link. The event marks the building of four new reactors at two nuclear plants in the Chinese provinces of Liaoning and Jiangsu. Both plants are reportedly being developed with the use of Russian technology.
Also on rt.com Czech govt bars Russia’s Rosatom from nuclear power plant contract tender amid diplomatic row
“Russian and Chinese professionals are setting in motion a truly signature, flagship joint project,” Putin said during the ceremony, describing the technology as “powerful state-of-the-art Russian-made nuclear reactors compliant with all the safety regulations and the highest ecological standards.”

According to the Russian president, the projects are to be completed by 2026 and 2028, thus “making a great contribution …. to maintaining China’s energy security.”

The Tianwan Nuclear Power Plant is the biggest joint project between China and Russia, signifying the nations’ groundbreaking cooperation in nuclear power. The first two reactors were completed and put into operation in 2007. The third and the fourth blocks were brought into commercial operation in 2018.
Also on rt.com To boldly go: Russia & China increase cooperation in space, agree to jointly build scientific research station on Moon
The power plant is co-owned by Jiangsu Nuclear Power Corporation, a joint venture partially owned by the China National Nuclear Corporation and Atomstroyexport, the nuclear equipment exporter branch of the Russian corporation Rosatom. When completed, Tianwan will reportedly become the world’s largest such plant, with a total generating capacity of around 8,100 megawatts.