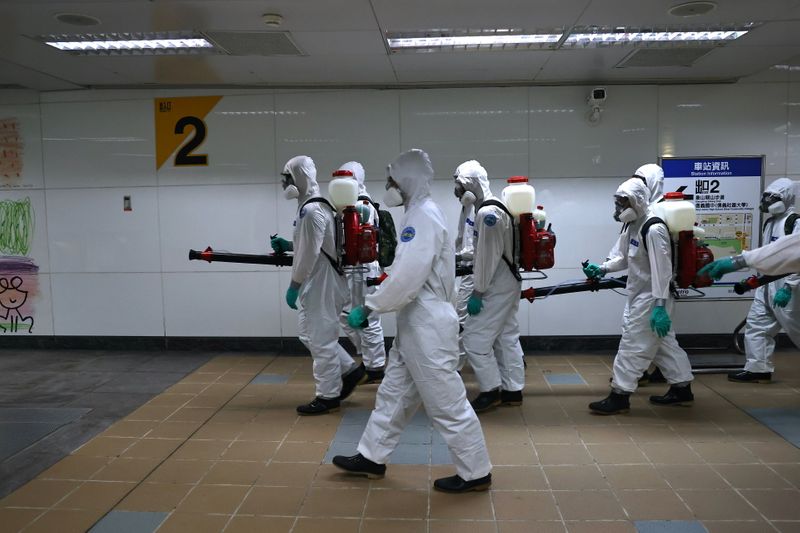 TAIPEI (Reuters) – Taiwan reported 286 new COVID-19 cases on Thursday, a slight increase on the previous day that gave the health minister cause for a sliver of optimism that the situation was not dramatically worsening.

Having been held up as an example of how to stop the virus in its tracks, Taiwan has over the past two weeks reported a spiralling number of infections in the community, with 1,572 cases.

The latest daily tally was up on the 267 infections reported on Wednesday. There was also one new death, an elderly woman who lived on her own and had underlying health conditions, bringing the total death toll since the pandemic began to 15.

Health Minister Chen Shih-chung said the percentage of confirmed cases was falling among people being tested in the capital, Taipei, and neighbouring New Taipei City, where the worst of the outbreak has been concentrated.

“At present, it seems like the trend is not deteriorating sharply,” he told a news briefing.

Taiwan is now in its second-highest COVID alert level and while restrictions on gatherings are in place and entertainment venues have been closed, has not gone into a total lockdown, though officials are encouraging people to stay at home.

The official Central News Agency said Taiwan’s parliament would be suspended for a week starting from Saturday, though some committee sessions have already been cancelled.

In another sign of hope for Taiwan, more than 400,000 new vaccines arrived on Wednesday via the COVAX sharing initiative for lower income countries, adding to the 300,000 it has already received though are rapidly running out.

Taiwan has ordered more than 20 million vaccines, a mixture of Moderna (NASDAQ:) Inc and AstraZeneca (NASDAQ:) Plc shots as well as domestically-developed vaccines that could start being given from July.

Taiwan has only received AstraZeneca shots so far, with less than 1% of its more than 23 million people vaccinated, after being caught up in global supply problems.