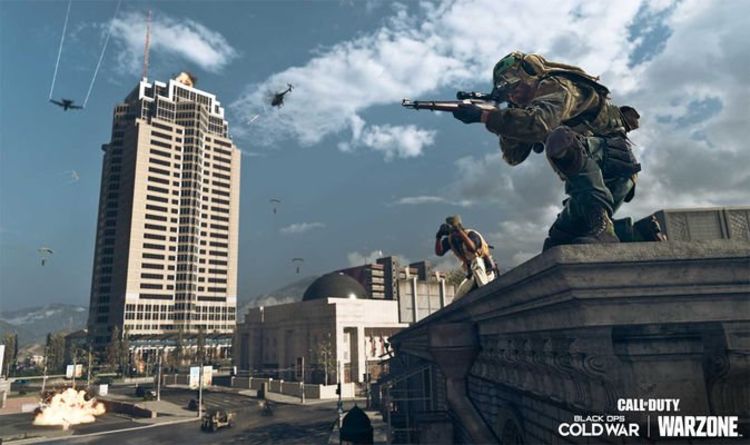 UPDATE: Today’s Call of Duty Warzone update is now live and comes complete with all the latest Season 3 Reloaded content. The bottom of this article includes the latest Warzone patch notes, with this week’s new update weighing in at around 15GB on each platform. Raven Software has also confirmed a new wave of weapon nerfs which have taken effect across PS4, Xbox One and PC.

Gamers already know those new locations from the Rambo and Die Hard movie franchises are coming to Warzone. But they might not know about the new Meta changes being made, including the latest weapon nerfs.

One weapon being changed is the AK-74u, which is seeing a reduction in bullet velocity, and a Sprint to Fire Speed increase. A message from Raven Software adds: “The AK-74u’s stats were well beyond what one might expect from a Submachine Gun.

“We are reining it back in line with other Weapons in its class—less Bullet Velocity, less Damage Range, and more Sprint to Fire Speed.

“While some of these changes may make it seem like the AK-74u had received a drastic reduction in efficacy, we believe these stats are not as meaningful to the SMG class when compared to handling and Time to Kill.

“With unparalleled maximum damage, locational multipliers, and an unforgiving rate of fire, the AK-74u is now the epitome of high-risk, high-reward SMGs.”

The official loadout of changes includes the following:

Another weapon being buffed this week is the ZRG 20mm, with Raven adding in a new statement:

“The feel of a Weapon is important to us and the ZRG 20mm, while fun, was not quite where we wanted it. We are doubling down on its identity as the highest caliber Sniper in Verdansk.

“We want you to really feel like you are firing anti-materiel rounds. In order to achieve this, we made the Weapon ‘heavier’ and increased its Bullet Penetration.

“Now players on the receiving end of the ZRG 20mm will need to consider the width of objects that they use for cover. We find this gets both the wielder and their opponent to think about the game in different and interesting ways—which is something we always aim to promote.”

The new RG 20mm stats are as follows:

Attachments are also being looked as, which could see some big changes made to the Call of Duty Warzone meta:

“We expect this relatively unassuming change to have widespread effects. The Suppressor now offers you another viable attachment choice in the muzzle category with a focus on different stats.

“For example, where Bullet Velocity and Effective Damage Range are not a priority (e.g., Submachine Guns) you would almost certainly take the Suppressor.

“Or perhaps you have more than enough Bullet Velocity (e.g., ZRG 20mm) and you want to shore up a weakness in handling. These are the types of compelling decisions we want to continue to develop.”

More news from the official Call of Duty Warzone patch notes can be found below:

All Black Ops Cold War Sniper base optics have been adjusted.