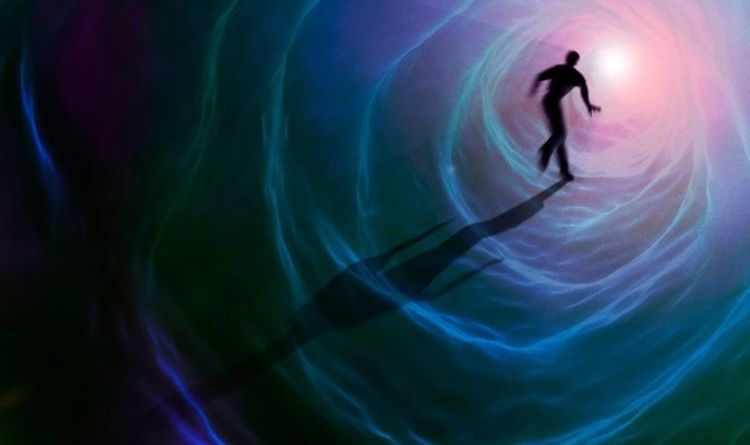 Following a cardiac arrest, a man named Jamie believes he saw the afterlife. Writing on the Near Death Experience Research Foundation (NDERF), he said he suffered a cardiac arrest following a serious injury to his hand which left his bones exposed.
Immediately after the incident, Jamie said his body began shutting down and as he closed his eyes, Jamie believes he crossed over to ‘the other side’.

It was there that Jamie claims he was introduced to an entirely new perspective.

Although in this vision Jamie could not see, he said he could interpret everything around him using the power of his mind.

Jamie wrote on the NDERF: “The next thing I felt was that I was home.

“I didn’t have eyesight, but I could see perfectly. It was like seeing with your mind.

“I felt perfect and I knew that I was where I was supposed to be. I understood everything, but I didn’t remember anything about my life on earth.

“I remember just enjoying the feeling. But then, I felt something nagging at me to get my attention. I tried to ignore it, but it kept pulling at me.

“The best way that I can explain it is, it was like when you are trying to concentrate on something and a child is trying to get your attention.

Previous research from Western University and the University of Liège, Belgium, found quantitative proof that most people respond positively to NDEs.

The research found that after an NDE, people tend to have a decline in a fear of death and less interest in material functions.

They also tend to be less competitive and less interested in their personal status.

A statement from Western University said: “This is important as it suggests that individuals are not relating to their NDEs negatively.”