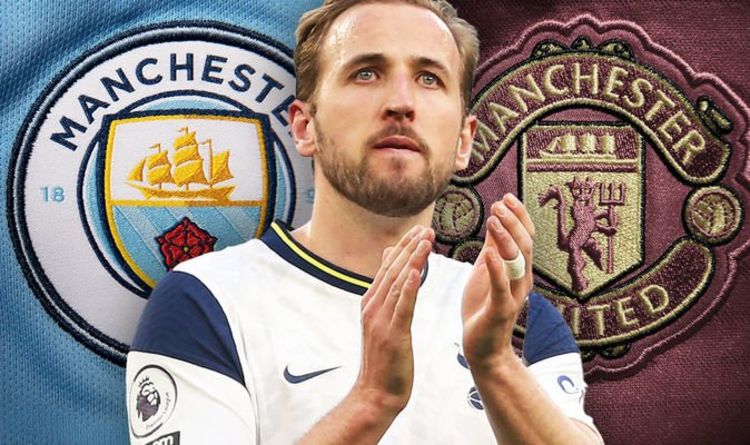 Manchester City are reportedly prepared to outbid their rivals to complete a deal for Tottenham striker Harry Kane this summer. The England captain has asked to leave Spurs in pursuit of silverware.

Kane has not won a major trophy in his senior career, despite coming close in two League Cup finals and in the club’s 2019 Champions League final defeat against Liverpool.

City’s dominance of English football under Pep Guardiola would entice the 27-year-old to move to the Premier League champions.

The club are one of very few worldwide who can afford Kane. Manchester United, Chelsea and Ligue 1 side Paris Saint-Germain are also keen – but City are willing to finance a move that will cost at least £120million.

The forward, who has scored 32 times this season, believes he holds the cards despite still having three years remaining on his contract.

“I think there is definitely a conversation to be had. It’s a moment where I have to reflect and have a conversation with the chairman,” Kane told the former Man Utd defender in an interview filmed before news of him asking to leave broke earlier this week.

“I hope we have a good enough relationship. After 16 years, I hope that we can have an honest conversation.

“I hope we have a good enough relationship. I’ve given the club… well, I’ve been there 16 years of my life. So, I hope that we can have a good, honest conversation and see where we are at in that aspect.

“I don’t want to have come to the end of my career and have any regrets.

“I still feel like I’ve still got almost another career to play. I’ve got another seven or eight years. I’m not rushing anything. I’m not desperate to do anything.

“I feel like for sure I’ve got so much more to give. I feel like I can be even better than what I’ve been. I can produce better numbers than what I’m producing at the moment.

“That’s the standard I want to set myself.”