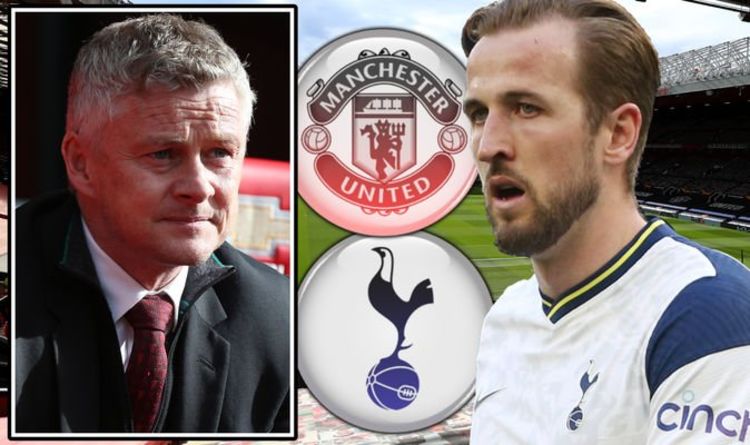 Manchester United are ready to double Harry Kane‘s wages to £400,000 a week and have promised to pay the Tottenham striker all the money he will miss out on if he is forced to submit a transfer request, it has been claimed.
Kane wants to quit Spurs at the end of the season with United, Manchester City and Chelsea the main clubs competing for his signature.

It’s thought the England captain wants to stay in the Premier League in an attempt to overtake Alan Shearer as the league’s all-time top goalscorer.

The 27-year-old is likely to cost in excess of £150million if he departs the Tottenham Hotspur Stadium and already around £200,000 a week in the capital.

But per Ian McGarry of Reach PLC’s Transfer Window Podcast, United are willing to double the striker’s pay to as much as £400,000 a week.

If the two-time Premier League Golden Boot winner, who is bidding to win a third this season when he faces Leicester on Sunday (4pm), is required to force an exit, he will give up on £18m.

That is because the England international is under contract with the north London outfit until 2024, and submitting an official transfer request will remove his right to the final three seasons of his salary at Spurs.

“He has not yet requested a transfer in a formal sense,” McGarry said of Kane, who has supplied 22 goals and 13 assists in 34 Premier League appearances this season.

“It is our information that Manchester United have made it clear to Harry Kane that should he need to push the transfer, i.e. ask for a transfer in an official sense, which would disbar his entitlement to a pay-off on his current contract, which is around £6m net per year until 2024 meaning he would lose out on £18m of salary if he asked for a transfer.

“United are prepared to compensate him for that loss of earnings in a signing-on fee which could be paid over the length of his contract and obviously he would expect and will be offered around twice his current deal at Tottenham.

“Not only would he be earning more but he would get some compensation fee for the wages he gives up should he need to force his way out of Tottenham.

“That could be a very powerful way of doing things for Kane because he’s risked a lot making it public, with regards to his desire to leave Spurs.”

Kane, in conversation with United legend Gary Neville, has hinted however that he might prefer to join rivals City having lauded their creator-in-chief, Belgium’s Kevin De Bruyne.

Neville asked Kane: “Who’s the player in the Premier League that you look at and think I’d score a bag full more goals if he was in my team?”

To which the Spurs No 10 replied: “Oh De Bruyne for sure,. When I watch De Bruyne play he’s a special, special player and some of the balls I see him put in for City are just a striker’s dream if I’m honest but yeah he’s an outstanding.

“You’ve seen him, he’s an outstanding player with the ball, off the ball, pressing, but his delivery is as good as I’ve ever seen to be honest.”

And Kane added: “Of course there’s always the option of maybe moving abroad one day but I don’t think that really interests me in the near future.

“I’d be lying if I said I didn’t [want the Premier League record], I think if I get to the end and I haven’t broke that record and, and the Wayne Rooney England record then I’d probably be a little disappointed in myself to be honest.

“I mean Shearer’s record is incredible when you think about it, 260 goals. I guess it’s just that little bit of motivation there just to push me and hopefully go beyond that.”

Kane also admitted that he needs to sit down with Spurs chairman Daniel Levy, saying: “There’s definitely a conversation to be had with the club.

“It’s a moment in my career where I have to kind of reflect and see where I’m at and have a good, honest conversation with the chairman.

“As players you don’t know what the chairman is thinking. He might want to sell me. He might be thinking, ‘If I could get £100m then why not?’ I’m not going to be worth that for the next two or three years.

“I’m sure that [Levy] will want to set out the plan of where he sees it but ultimately it’s going to be down to me and how I feel and what’s going to be the best for me and my career at this moment in time.”