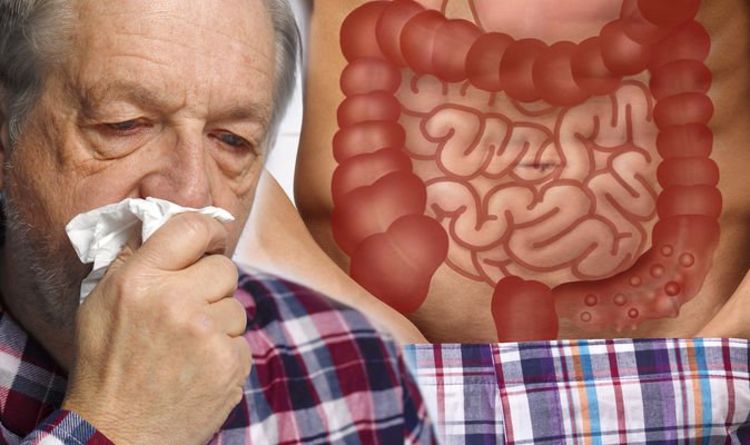 Pancreatic cancer is the third most common cause of cancer-related deaths, with a five-year survival rate of 8.5 percent, according to the National Cancer Institute. Pancreatic cancer affects the pancreas, a small organ located between the stomach and the spine. It is notoriously difficult to detect early because its most noticeable symptoms, such as jaundice, typically appear only in the later stages of the disease.

In a study published in the US National Library of Medicine National Institutes of Health, management of bowel obstruction was analysed.

The study noted: “Mr. P was a 57-year-old man who presented with symptoms of bowel obstruction in the setting of a known metastatic pancreatic cancer.

“Diagnosis of malignant bowel obstruction was made clinically and radiologically, and he was treated conservatively (non-operatively) with octreotide, metoclopramide and dexamethasone, which provided good control over symptoms and allowed him to have quality time with family until he died few weeks later with liver failure.

The health site added: “These include having a fever and shivering, and generally feeling unwell or not quite right.

“Some people also feel like they can’t swallow their food properly, which can be because pancreatic cancer can make you feel full quickly when you are eating.”

You cannot always prevent pancreatic cancer evidence suggests you can lower your chances of getting it by making healthy lifestyle changes.

According to Cancer Research UK, around 20 out of 100 cases of pancreatic cancer in the UK (around 20 percent) are caused by smoking.

Studies have given mixed results but using Scandinavian snus (a type of smokeless tobacco popular in Norway and Sweden) could increase the risk of pancreatic cancer.

“The best way for people who smoke to reduce their risk of cancer and improve their overall health, is to stop smoking completely,” advises Cancer Research UK.

Pancreatic cancer symptoms can vary from person and person and evolve over time.

Coping with pancreatic cancer symptoms and the side effects of treatment can be a struggle.

Some patients may need assistance dealing with pain, fatigue, and nausea, for instance, while others might benefit from help grappling with the emotional aspects of the disease.

The Pancreatic Cancer Action Network (PanCAN), a leading national non-profit, emphasizes the importance of symptom management and supportive (palliative) care at diagnosis, during and after cancer treatment and as a focus in and of itself.