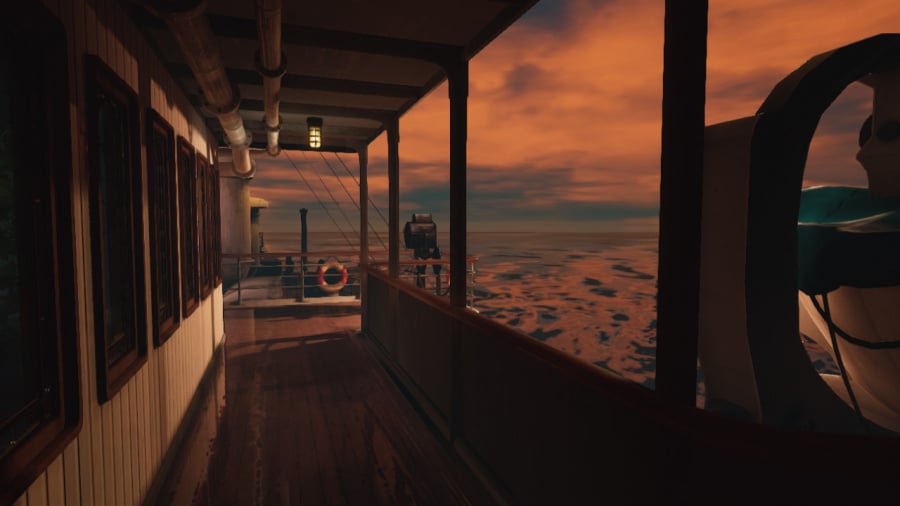 Polish developer Bloober Team has produced something of a mixed bag thus far when it comes to their horror/psychological thriller game output, with the likes of Observer and the first Layers of Fear definitely feeling like their most successful efforts to date. However, for every riveting, Rutger Hauer-flavoured cyberpunk horror there’s an underwhelming Blair Witch spin-off and, unfortunately, Layers of Fear 2 is much more a case of the latter than the former.

This sequel to 2016’s well-received psychological horror sees players assume the role of a Hollywood actor who, having heeded the call of a mysterious director, finds himself aboard a creepy ocean liner where he slowly begins to unravel, forced to relive past traumas that see an already fragile reality begin to crumble. There’s certainly an interesting core premise here, with several different story strands vying for your attention as you stumble around the warped corridors of this cursed ship, however, an over-dependence on hackneyed scare tactics, several frustrating insta-kill sections and a handful of boring puzzles leave this one feeling like a bit of a drag overall. 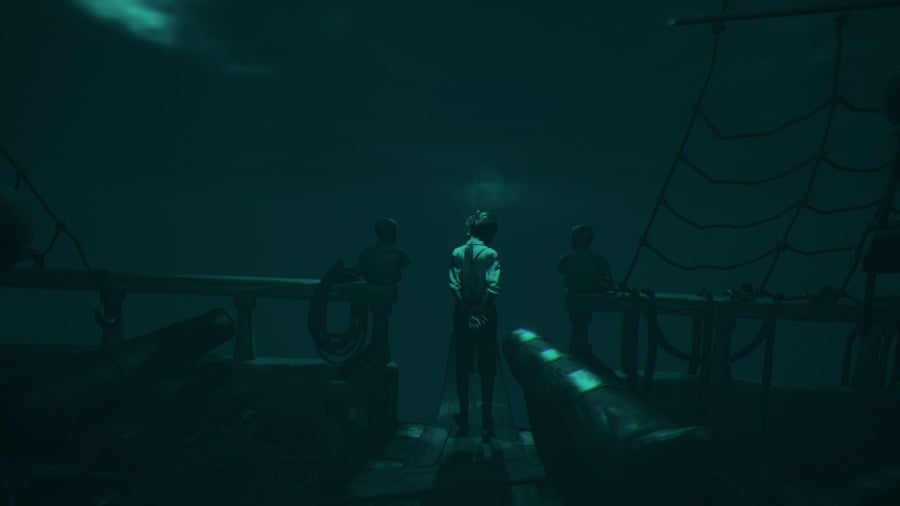 Layers of Fear 2 does get off to a reasonably good start, with the first of its five acts introducing players to the Titanic-esque setting in which much of the game takes place. Interactions with doors, objects and levers — your only real means of actually engaging with the world here — are nicely involving, requiring you to grab with your hand by holding in ‘ZR’ and then rotating a thumbstick to lift, open, twist or turn, and this level of physicality combined with a few visual sleights of hand, jump scares and ever-shifting surroundings early on give the impression that we’re in for an absorbing, spooky time with this one.

However, after this initial honeymoon period, the game rather quickly capsizes, relying on the same corridor-shifting camera tricks, spooky mannequins and janky chase sequences ad nauseum. It also takes far too long to give you any sort of foothold on its scattershot narrative, happy to attempt — with little success — to scare you, without providing any solid reasoning or purpose to propel you onward through its ineffective bumps and jumps.

The third act, without wanting to spoil anything of the story, manages to pick things up a little in this regard, as it’s here we finally started feeling as though we were gaining a little insight into the background of the game’s protagonist via a trip through memories of a harrowing childhood. However, the mediocre gameplay goes and gets in the way again, forcing you to loop around the same area repeatedly in a manner that just doesn’t feel engaging or rewarding when the scares and smatterings of story on offer are of such average quality. From here into the fourth and fifth acts things continue to go downhill, with the final hour or so — of the total of four it took us to blast through the campaign — a non-stop barrage of noise and distorted imagery that jettisons all attempts at narrative structure and struggles to have any effect due to the resulting lack of connection we felt to our ever-suffering avatar. 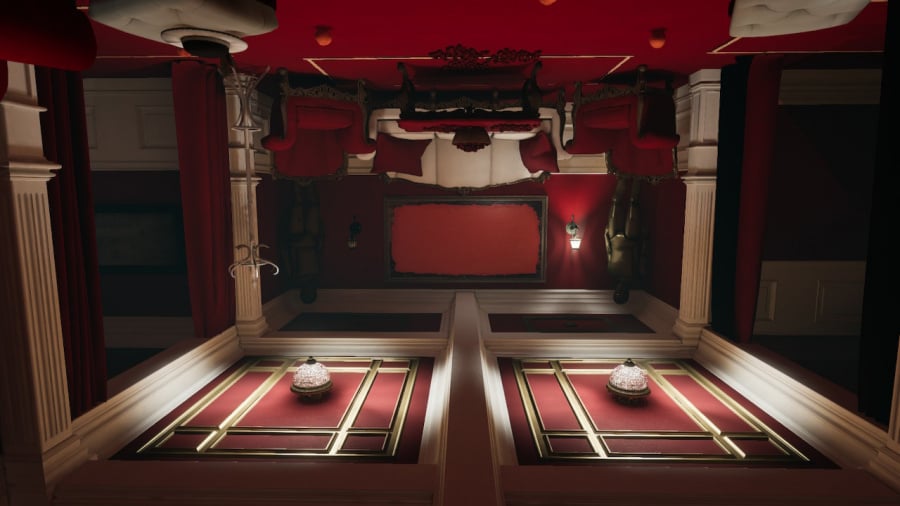 The entire endeavour has become so massively repetitive by the time you’re in these final acts that all attempts to scare really do begin to fall completely flat. There’s only so many times we can turn around to find our surroundings transformed or come face to face with a freaky mannequin before we grow immune to their effects, it turns out. There are also several very obvious nods to classic horror films crowbarred into proceedings that feel weirdly out of place (we can’t for the life of us figure out why peeking through a hole in a wall here reveals a corridor from The Shining, complete with Danny’s tricycle) and only really serve to detract from whatever atmosphere the game is trying to create for itself within its own unique universe.

As we’ve mentioned, puzzles in Layers of Fear 2 are also uniformly disappointing, a mixture of far too easy on the one hand (oh look, the lock’s combination is written on a piece of paper placed right beside it) to so entirely removed from logic that they descend into pushing all the buttons and hoping for the best. Enemy encounters, which can thankfully be switched off via the game’s safe mode, are hugely frustrating affairs, too; mechanically simple chases which turn into infuriating sequences that need to be repeated until you memorise the exact escape path required in order to avoid being caught.

When you combine all of these gameplay shortcomings with a story that doesn’t dig into or explore any of its more interesting aspects — that’s happy to let you guess for the most part and never manages to really ground itself or connect you to the game’s protagonist — you’re left with a psychological horror that fails to engage, fails to scare and fails to linger for very long in one’s memory. There are a few different endings to see here, a handful of collectibles and other bits and pieces to draw you in for another playthrough but really, the idea of going through this ordeal again isn’t something that holds a huge appeal. 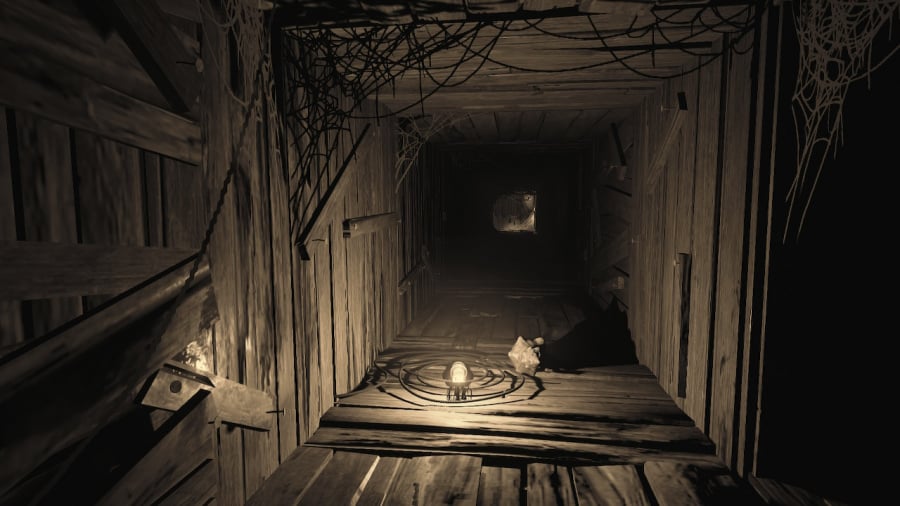 On a more positive note, Layers of Fear 2 does manage to impress on a visual level and this Switch port, beyond the expected downgrading of textures here and there, looks and sounds the business when compared to other versions of the game in both docked and portable modes. There’s even the option to play with an unlocked framerate included, enabling you to switch off the default 30fps limit for a more responsive experience. However, we did notice that this incurred a few noticeable wobbles when things got hectic onscreen and so we quite quickly returned to the safety of that 30fps cap.

Layers of Fear 2 is a rather disappointing follow-up to 2016’s interesting and effective psychological horror effort. There’s a decent premise here, a strong setting and an opportunity to tell an interesting tale, but it feels wasted for the most part. Despite looking and sounding great, predicable scares, repetitive gameplay, disappointing puzzles and a story that just never makes a decent connection result in a game that’s pretty hard to recommend overall.