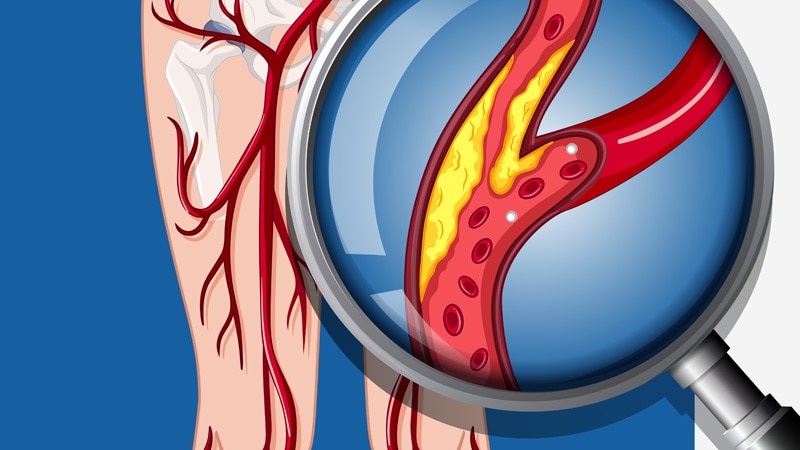 A cohort analysis using advanced strategies to minimize the impact of confounders has concluded that the current Food and Drug Administration warning about paclitaxel-coated devices used for femoropopliteal endovascular treatment should be lifted, according to investigators of a study called SAFE-PAD.

An FDA advisory committee that was subsequently convened in 2019 did not elect to remove these devices from the market, but it did call for restrictions and for the collection of more safety data. In the absence of a clear mechanism of risk, and in the context of perceived problems with data suggesting harm, Secemsky said that there was interest in a conclusive answer.

The problem was that a randomized controlled trial, even if funding were available, was considered impractical, he noted in presenting SAFE-PAD at the annual scientific sessions of the American College of Cardiology.

In the initial meta-analysis that suggested an increased mortality risk, no risk was seen in the first year after exposure, and it climbed to only 3.5% after 2 years. As a result, the definitive 2-year study with sufficient power to produce conclusive results was an estimated 40,000 patients. Even if extended to 5 years, 20,000 patients would be needed, according to Secemsky.

An alternative solution was required, which is why “we became engaged with the FDA to design a real-world study for use in making a regulatory decision,” Secemsky said.

SAFE-PAD, designed with feedback from the FDA, employed sophisticated methodologies to account for known and unknown confounding in the Medicare cohort data used for this study.

Of 168,553 Medicare fee-for-service patients undergoing femoropopliteal artery revascularization with a stent, a balloon, or both at 2,978 institutions, 70,584 (42%) were treated with a paclitaxel drug-coated device (DCD) and the remainder were managed with a non–drug-coated device (NDCD).

The groups were compared with a primary outcome of all-cause mortality in a design to evaluate DCD for noninferiority. Several secondary outcomes, such as repeated lower extremity revascularization, were also evaluated.

To create balanced groups, inverse probability of treatment weighting (IPTW) blinded to outcome was the primary analytic strategy. In addition, several sensitivity analyses were applied, including a technique that tests for the impact of a hypothetical variable that allows adjustment for an unknown confounder.

“A missing confounder would need to be more prevalent and more strongly associated to outcome than any measured variable in this analysis,” reported Secemsky, indicating that this ruled out essentially any probability of this occurring.

A subgroup analysis told the same story. By hazard ratio for the outcome of mortality, DCD was consistently favored over NDCD for groups characterized by low risk (HR, 0.98), stent implantation (HR, 0.97), receipt of balloon angioplasty alone (HR, 0.94), having critical limb ischemia (HR, 0.95) or no critical limb ischemia (HR, 0.97), and being managed inpatient (HR, 0.97) or outpatient (HR, 0.95).

The results of SAFE-PAD were simultaneously published with Secemsky’s ACC presentation.

In an accompanying editorial, the coauthors Rita F. Redberg, MD, of the University of California, San Francisco, and Mary M. McDermott, MD, of Northwestern University, Chicago, reiterated the findings and the conclusions, but used the forum to draw attention to the low survival rates.

“Thus, while this well-done observational study provides new information,” they wrote, “a major conclusion should be that mortality is high among Medicare beneficiaries undergoing revascularization [for peripheral artery disease] with any devices.”

Marc P. Bonaca, MD, director of vascular research, University of Colorado at Denver, Aurora, called the methods to ensure the validity of the conclusions of this study “very impressive.” In situations where prospective randomized trials are impractical, he suggested that this type of approach might answer an unmet need.

“We have always desired the ability to look at these large datasets with a lot of power to answer important questions,” he said. While “the issue has always been residual confounding,” he expressed interest in further verifications that this type of methodology can serve as a template for data analysis to guide other regulatory decisions.