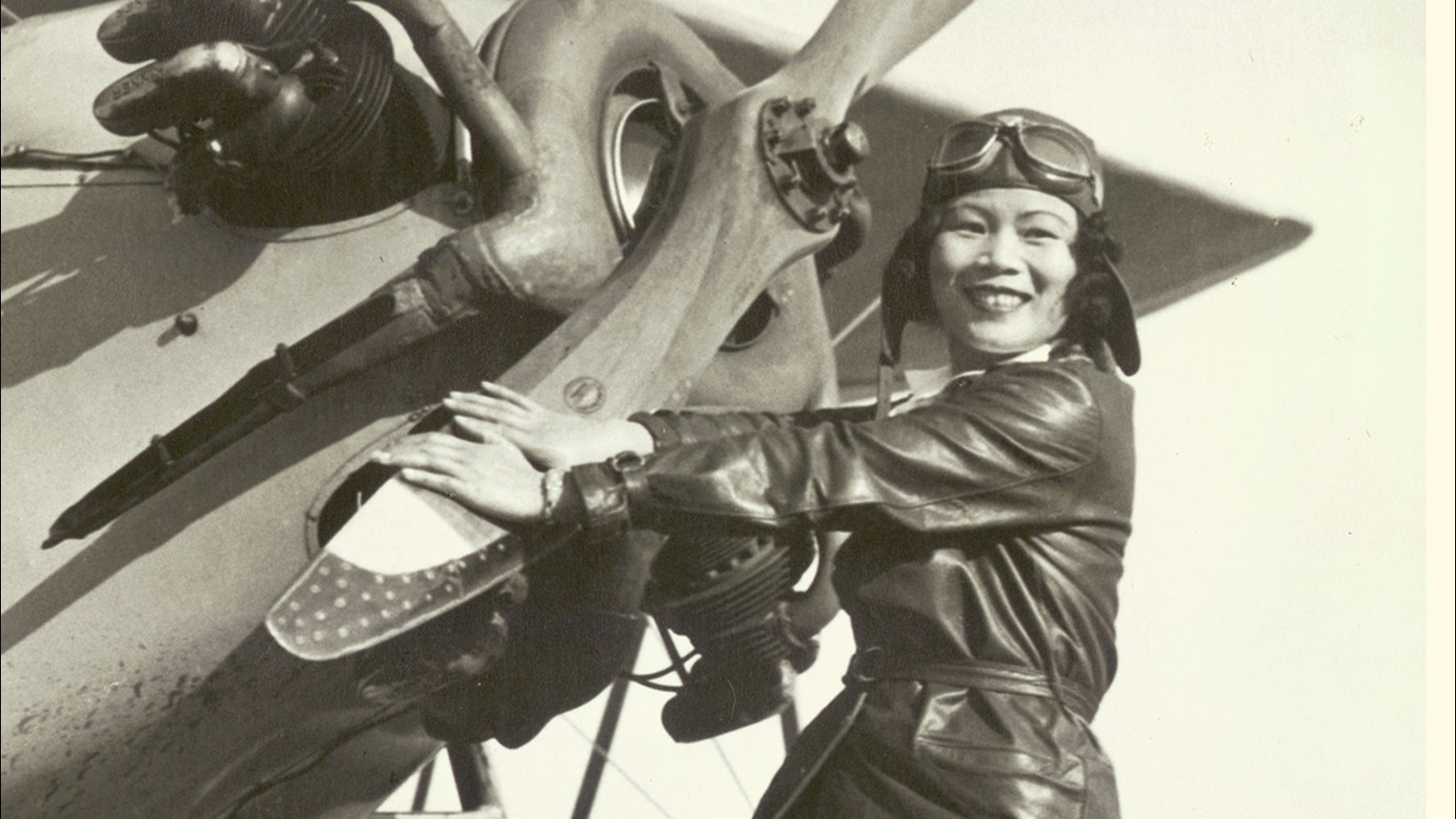 In a time when Chinese women were expected to be meek and quiet, Katherine wasn’t a typical pilot. She was a daredevil stunt pilot who raced planes.”I don’t see any valid reason why a Chinese woman can’t be as good a pilot as anyone else … We drive automobiles — why not fly airplanes,” she once said.

Born in Enping, China, in 1904, Katherine moved to the U.S. to study music in 1921. She was inspired to take flight thanks to driving lessons with her father. After practicing in a lot next to what was known as Dycer Airfield in Los Angeles, they’d park the car and watch the planes take off and land.

Katherine eventually joined the all-women air group the Ninety-Nines, founded by Amelia Earhart. She was not simply a hobbyist pilot, but one who performed death-defying stunts like loops, barrel rolls and participated in air races.

“Barnstorming Through Barriers: The Katherine Cheung Story” is a JOVRNALISM project in collaboration with ABC-owned television stations. This immersive, student-led project was produced under the guidance of USC Professor Robert Hernandez.