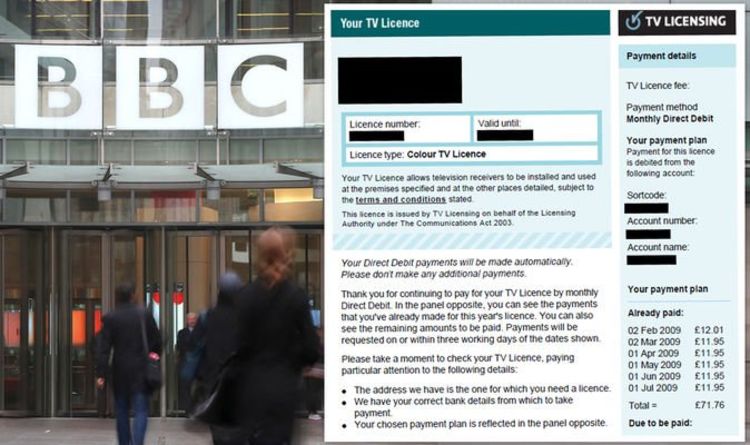 But a senior Government source told The Times the BBC’s status as a world class broadcaster had now been “tarnished”, and the £159-a-year licence fee payment could be frozen over the next five years or even cut.

The latest negotiations between Downing Street and the BBC are centred around how much the often-criticised licence fee will cost over the period from April 2022.

Currently, annual payment raised more than £3billion for the under-fire broadcaster, meaning any change to that would have a significant impact on its business.

Since a deal was struck with the Government in 2015, the cost of the annual licence fee has increased with inflation.

But several Conservative Party MPs want the cost of the licence fee to be reduced with the BBC turned into a subscription service to mirror the success of the likes of Netflix.

A Government source told The Times: “The corporation’s reputation as a world-leading broadcaster is tarnished.

“At a time when every government department is being asked to tighten their belt, there’s an argument the corporation should do so too.”

In a further blow, the BBC could be faced with the prospect of forming a new editorial board to deal with complaints about its programmes following the backlash over the findings from Lord Dyson’s report into Mr Bashir’s interview with Diana.

Several ministers are considering whether the corporation should appoint the board in question, which would judge complaints over its coverage as part of a wide-ranging review within the next 12 months.

The proposal would see this newly-elected board formed of former editors and journalists with significant experience in the industry.

Lord Grade of Yarmouth, who served as BBC chairman between 2004 and 2006, proposed the idea of a new editorial board as he accused the corporation of carrying out an “appalling” cover-up.

At present, the BBC’s executive complaints unit is made up of seven officials who report to director of editorial policy and standards David Jordan.

The unit judges complaints, which can then be subsequently handed to Ofcom if deemed to be of a serious nature.