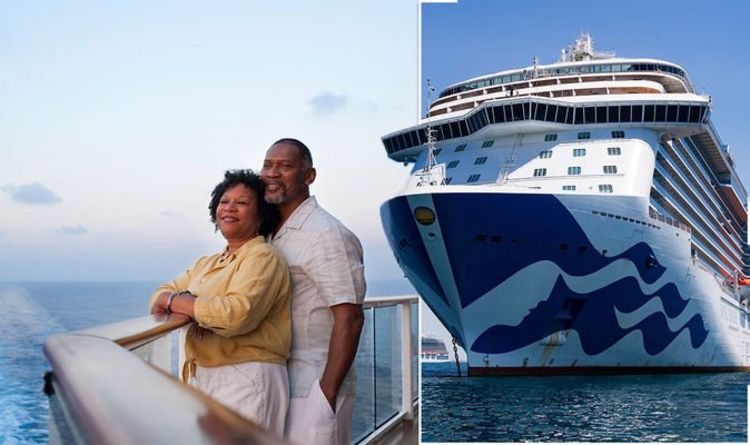 Cruise lovers across the UK rejoiced when a series of big-name ocean liners announced they would grace the waters surrounding the British Isles on a series of domestic cruises. Among them is Princess Cruises, due to embark on its first sailing on July 31, 2021, from Southampton.
However, with the coronavirus pandemic still ongoing in various levels around the world, many cruise lines like Princess Cruises have made the decision to enforce new safety precautions.

For Princess Cruises, one of these is the requirement that all passengers must have received both doses of their COVID-19 vaccination and be able to provide evidence.

“We’re asking all of our guests to be double vaccinated for the summer cruises and to have had seven days following the second dose of approved vaccine before they before they start their cruise,” explained Tony Roberts, vice president of Princess Cruises UK and Europe.

While these rules are necessary now, however, Mr Roberts points out that the future remains unknown.

If things change, the requirement for passengers to be fully vaccinated could no longer be needed beyond the summer.

Mr Roberts explained: “The vaccination policy that we have in place at the moment is for our Princess Summer ‘Seacations’ – it’s the cruises that go in August and September.

“But we have cruises on sale far out into the future.

“We will continue to monitor the situation and update our policies as and when we see fit.”

For now though, according to Mr Roberts, Princess Cruises seem confident in the regulations which have been put in place to keep them safe.

“We wanted that policy in place for these initial returns and our guest feedback really supported that,” the cruise vice president said.

Customers comments have so far shown the measures strengthen “peace of mind”.

Mr Roberts continued: “All guests that are joining the ship will be will be fully vaccinated before they travel – I think that’s something that, from the feedback, guests said was important to them.”

For Princess Cruises, it is the guests who are at the heart of these decisions.

“That’s really why we were following that policy because overwhelmingly our guests have told us that that’s what they would like us to do,” concluded Mr Roberts.