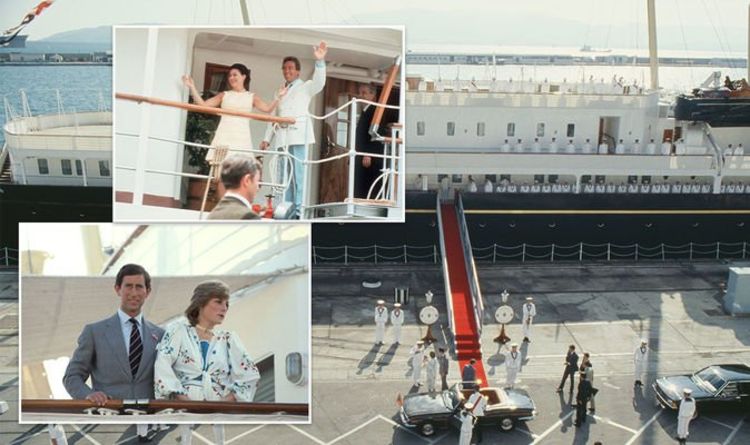 Over the years several Royal Family members who have been married then headed off onto a honeymoon onboard the Royal Yacht Britannia. The luxurious yacht has welcomed the likes of Prince Charles and Diana after their wedding in 1981 and Princess Margaret and Lord Snowdon on their honeymoon sailing of the Caribbean in 1960.
However, while romance may have been in the air at the altar, according to one royal expert, the yacht would soon bring upon the marriage a “curse”.

As part of Channel 5 documentary The Royals on Holiday, it is revealed that “every royal marriage that started aboard the yacht would soon end in divorce.”

Speaking in the documentary, Carole Malone, journalist and commentator explained: “When you look back at Britannia and the success of the marriage of those people who spent their honeymoons there it is obviously cursed because none of them lasted for very long.

“They all broke up. It is not the love boat.

Princess Margaret and Anthony Armstrong-Jones became the first royal couple to divorce, separating in 1976 and finalising their divorce in 1978.

Princess Anne and Mark Phillips divorced in 1992, as well as Prince Charles and Diana who also divorced the same year.

Prince Andrew and Sarah Ferguson also went on to separate in 1992 and finalised their divorce in May of 1996.

Though the ins and outs of the honeymoon is not known for all couples, for Prince Charles and Diana, there was one monumental moment which occurred while onboard Britannia.

It was also on this honeymoon that experts and those around the couple began to notice “things weren’t going well.”

Royal biographer Angela Levin said: “There is this very moving picture of them looking out holding on to the side and you could see that things weren’t going well even now Diana looked terribly upset.”

Richard Kay, editor-at-large of the Daily Mail explained this was largely due to the differences which were beginning to emerge between the Princess and her new husband.

“We discovered that Diana found being cooped up on the royal yacht rather frustrating especially because Prince Charles wanted to spend his day reading books about philosophy and she wants to have a bit more fun,” Mr Kay explained.