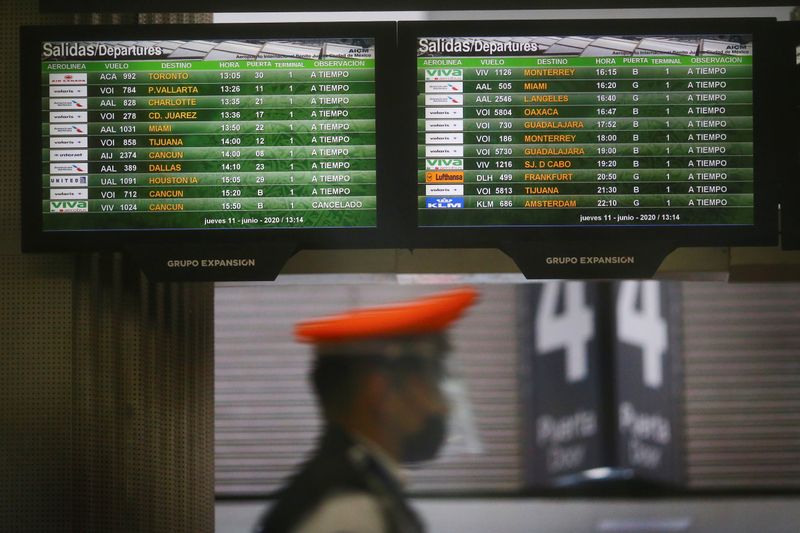 The Federal Aviation Administration’s (FAA) planned move is expected be announced in the coming days and follows a lengthy review of Mexico’s aviation oversight by the agency.

Sources briefed on the matter, speaking on condition of anonymity, said the FAA has had lengthy talks with Mexican aviation regulators about its concerns. The sources said these concerns had not all been addressed following an in-country assessment.

The sources added that Mexican government officials have been informed about the planned action and raised concerns.

One airline industry source said the FAA’s concerns did not involve flight safety issues but rather Mexico’s oversight of air carriers.

Downgrading Mexico from Category 1 to Category 2 would mean that current U.S. service by Mexican carriers would be unaffected, but they could not launch new flights and airline-to-airline marketing practices such as selling seats on each other’s flights in code-share arrangements would be restricted.

The action would mean that the FAA has determined that Mexico does not meet International Civil Aviation Organization (ICAO) safety standards as part of its safety assessment program.

Mexico has been a top vacation spot for U.S. travelers during the COVID-19 pandemic, spurring U.S. airlines to redirect capacity they had previously flown to Europe before transatlantic travel restrictions were imposed last year.

In April, Mexico was the by far the busiest foreign air destination – with nearly 2.3 million passengers on U.S.-Mexico flights – more than three times that of the Dominican Republic, the next highest country, according to industry data.

Mexico’s Communications and Transport Ministry did not immediately respond to a request for comment.

Delta Air Lines (NYSE:), which has a codeshare arrangement with Aeromexico, will have to issue new tickets for some passengers booked on Aeromexico flights as a result of the downgrade, sources said.

Delta and Aeromexico, joint venture partners since 2017, are together offering about 3,900 transborder flights in June, more than any other carrier, according to global data aviation company Cirium. Delta owns 49% of Aeromexico but took a $ 770 million charge on its investment last year after the carrier’s Chapter 11 bankruptcy filing.

This would not be the first time the FAA downgraded Mexico’s air safety rating. In 2010, the agency downgraded Mexico to Category 2 due to suspected shortcomings within its civil aviation authority, then restored its top rating about four months later.

The FAA has said that downgrades mean an aviation authority is deficient in areas such as technical expertise, trained personnel, record-keeping and inspection procedures. Mexican authorities said in 2010 there was no deterioration of flight safety and that the downgrade was due to a shortage of flight inspectors.