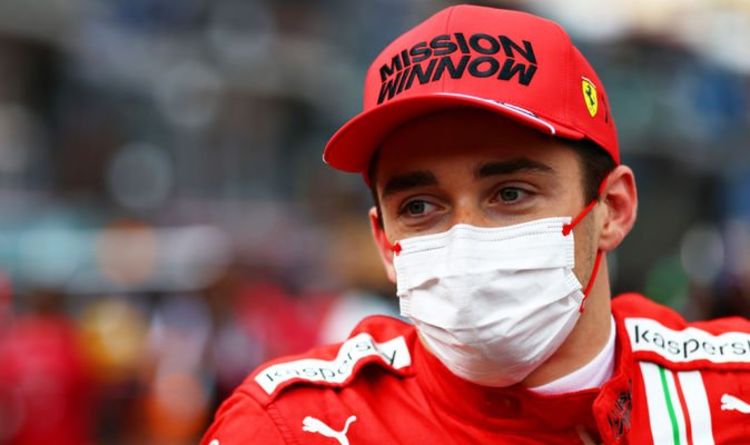 Charles Leclerc admits he’s concerned about the gearbox of his SF21 after crashing out in the Ferrari in the final seconds of Monaco Grand Prix qualifying, though he made sure of pole position in doing so. The Monegasque driver will front the grid in his homeland on Sunday provided he has not damaged his gearbox, which would incur a penalty.
Leclerc would drop to P6 if his gearbox were to need changing and would cancel out all the hard work the 23-year-old put in on Saturday.

His pole was his and Ferrari’s first since the 2019 Mexico Grand Prix and provided he does not take any penalties, offers him an excellent chance of a maiden race win in his home country and only the third of his career.

But he insists he is incredibly unfortunate in Monaco and also says he’s worried about the state of his machinery, having sustained damage to the front and side of his car.

Leclerc told Sky Sports F1: “It’s a shame to finish in the wall, it doesn’t feel the same. At the same time I’m incredibly happy about my first time lap.

“The first corner was quite tricky, I didn’t do a great first corner but the second and third sectors, I nailed it. Just very, very happy to be on pole obviously.

“It was very, very difficult to manage myself mentally after Q2. I could feel I was quite emotional in the car but I told myself ‘now it’s Q3, now it’s time to put everything together.’

“I managed to do so so I’m incredibly happy. It’s tomorrow that we score points but I have to say it’s a big surprise for everyone to be on pole and in fourth place for the race tomorrow.”

Leclerc crashing out meant Red Bull’s Max Verstappen and Mercedes’ Valtteri Bottas could not beat his time, with the session abandoned.

And asked if he now has a real chance to win Sunday’s race, Leclerc said: “I’ve always been very unlucky here so let’s wait and see.”

Then quizzed about whether he’s worried about gearbox damage, the two-time race-winner admitted: “I am. But let’s see.”

Verstappen, who will start second, said: “It’s unfortunate for the red flag. I felt really comfortable building up to qualifying.

“Nobody was really putting a lap time in on the first lap and that’s how we planned it out, to do two laps then the third one was the fastest.

“The second run with the fresh laps we did I was feeling good. I was quite a bit down on my lap time so I’m gutted.

“I think we made good progress throughout the week with the car. Definitely happier with it in qualifying. We should’ve had a shot at pole in the last run.

“We’ll try anything we can tomorrow in the race. It’s Monaco, anything can happen.”

Victory for Leclerc on Sunday would only be Ferrari’s second since 2001, with their last coming via Sebastian Vettel in 2019.

The Italian team endured their worst season in 40 years last season but are looking stronger in 2021 and sit fourth in the Constructors’ Championship ahead of the Monaco race.