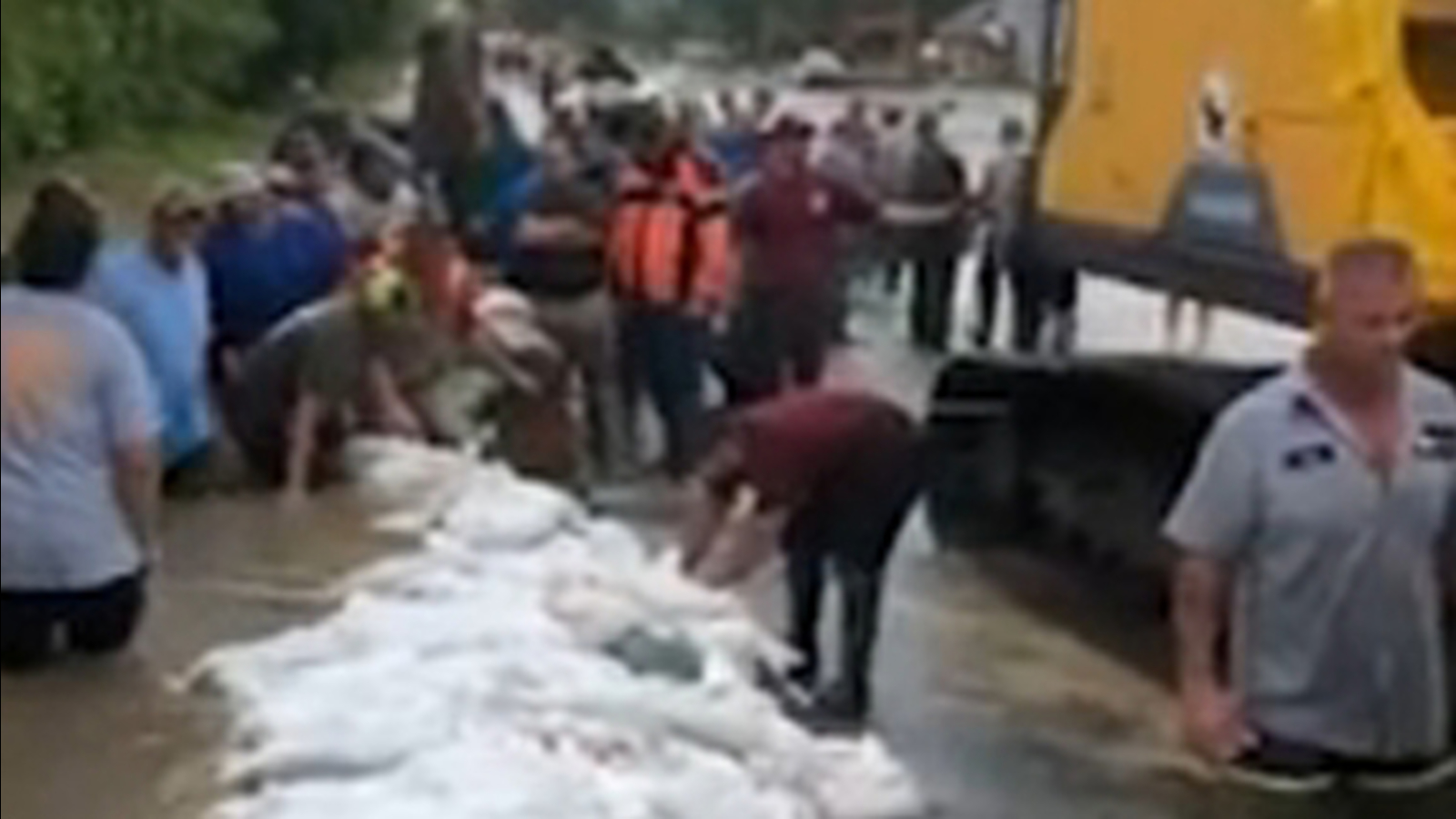 A mandatory evacuation for residents in a south Louisiana Parish has been lifted after a dam breach was stopped by workers.As many as 1,000 people were ordered to leave by officials in Iberville Parish after a barrier system intended to block water from a major waterway failed.

WATCH: 600 Lake Charles families forced out of homes due to flooding

Workers used sandbags and concrete barriers to stop the water from the Intracoastal Waterway from rushing in. The breach was stopped sometime before 4 p.m. Friday.

Residents of Sorrel and Pigeon Bayous were advised to evacuate to a Red Cross shelter in the city of Plaquemine immediately. Officials asked that residents only take essential items and medication with them.

Officials with the Iberville Parish Office of Emergency Preparedness said an AquaDam barrier was set up on LA Highway 75 in the Bayou Sorrell area.

The area is home to about 400 to 450 families.This week, rainfall totals were between 7-14 inches and flood warnings were issued for several counties in Texas as well in Louisiana. The National Weather Service (NWS) described the situation as “particularly dangerous,” CNN reported.

SEE RELATED STORY: Up to 600 Lake Charles families forced out of homes due to flooding