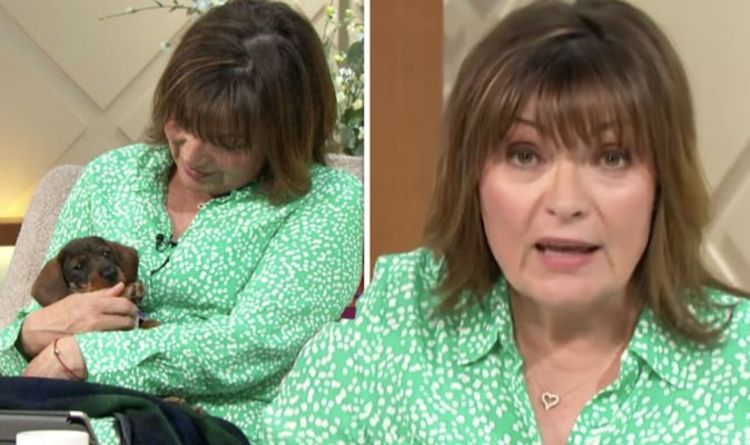 However, following the puppy’s debut, some viewers expressed their concern that Ruby could have overheated under the studio lights in her jumper.

One Twitter user told Lorraine: “@reallorraine coat to hot for dog in studio.”

Fortunately, Lorraine was quick to reassure the viewer, as she insisted the ITV studios are always kept “very, very cool”.