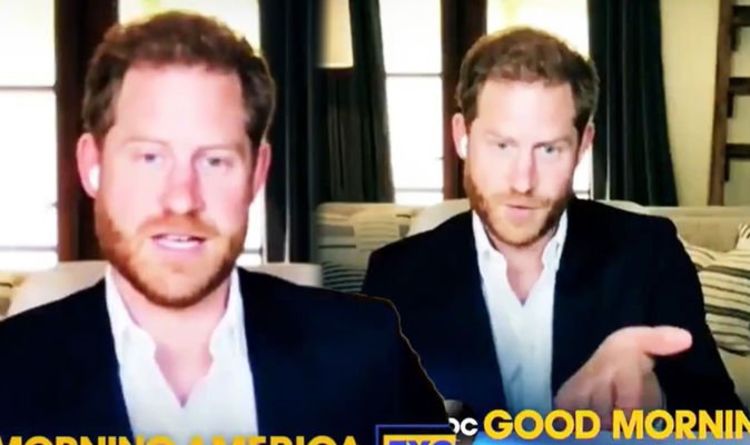 “Harry seems to swerve direct questions about his mother that have been answered in detail in his documentary here and sticks with more general advice and references to empathy,” the expert added.

This documentary is just one of many work projects Prince Harry has taken on since he stepped back from his role as a senior royal last year.

Shortly after the Duke and Duchess of Sussex made the decision, they moved to California where they now live with their son, Archie Harrison.

More than a year in the States may have started to affect Prince Harry, Judi claimed as she commented on his speech.

Judi suggested he was more “confident” in the latest appearance compared to when he first moved to the US.

She continued: “This is a much more confident Harry to the one we first saw on screen when he moved to the States and appeared with his wife.

“His words are more concise, his enunciation more pronounced to suggest confidence in his messages.

“And he speaks without verbal fillers, sitting with one hand on his hip to suggest a more spatial approach.”