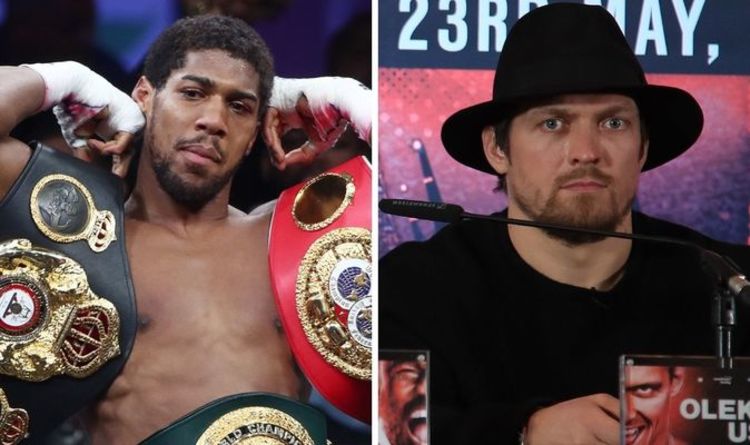 Anthony Joshua has been told by the WBO that he must fight Oleksandr Usyk next, leaving any chance of a blockbuster unification bout against Tyson Fury looking even more unlikely. Boxing fans in the UK were hoping 2021 would finally bring Fury and Joshua in the ring facing off against each other.
Contracts were signed on a two-fight deal with Eddie Hearn and Fury’s team working out intricate details on where they would take place.

Just last week, Fury confirmed on social media that the first fight would take place in Saudi Arabai on August 14.

But just a day later, it emerged that Deontay Wilder was pushing through with plans to force a third fight against Fury.

An arbitration hearing ruled in Wilder’s favour that Fury had a contractual obligation to fight the ‘Bronze Bomber’ for a third time.

There has been some suggestion that Wilder could be offered millions of pounds to step aside so that Joshua and Fury can still fight.

But that appears even more unlikely after the WBO ruled that Joshua must fight Usyk next, according to talkSPORT.

It is claimed that both parties have 10 days to reach an agreement on a date and venue, or purse bids will be issued.

Joshua reacted furiously on social media when news broke of Wilder pushing through his trilogy with Fury.