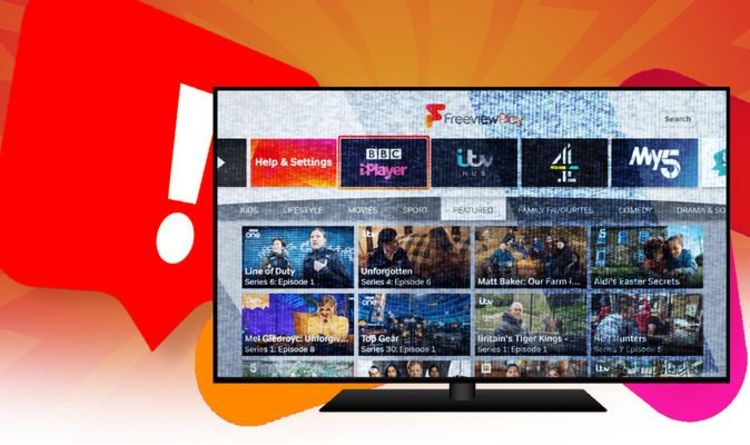 Are you struggling to watch your favourite show on Freeview? A number of Freeview users have complained of sound disappearing, frozen pictures, or, worst of all, complete loss of both audio and picture. Viewers who suffer the latter are left looking at an error message warning of “no signal” in their area… not exactly what you need when you’re on tenterhooks for the Line Of Duty finale, tuning in to Eurovision, or catching up on Innocent.
The issues plaguing Freeview set-top box owners have been reported in a number of areas across the UK, including North Lanarkshire and Portsmouth. And each time, it seems to be the same problem causing the broken feed: 4G masts.

Yes, it appears 4G mobile data services have been switched on in a number of areas across the UK, with the signal for these speedy mobile downloads to your smartphone sitting beside the frequencies used by Freeview (800 MHz, to be exact). So, while you might’ve noticed a few more bars of signal on your smartphone in recent weeks, the signal is also playing havoc with the frequency used by your Freeview aerial to receive channels.

Thankfully, there is a fix available to Freeview viewers struggling to tune-in to their favourite channels.

If you’ve been left unable to get a clear picture to your Freeview box, a new company – set up under directions from the UK Government – can apply a special filter to your set-up to ensure the Freeview frequencies are left uninterrupted. Dubbed at800, the company can resolve any issues related to frequencies.

MORE LIKE THIS
If you’re using ANY of these passwords, you need to change them now

At800 will also offer extra support for people aged 75 years or over, who are registered blind or partially sighted, or who receive certain benefits. Those include personal independence payments (PIPs), attendance allowance, constant attendance allowance, or War Pensioner’s Mobility Support.

Speaking about the role of at800 fixing those left without Freeview due to the expansion of 4G signal coverage across the UK, at800 CEO Ben Roome told The Daily Record: “It’s our role to fix Freeview interference caused by 4G at 800 MHz, free of charge. If you rely on Freeview for TV, we can send you a filter to fit yourself, for free, which fits into the aerial lead connecting to TVs and set-top boxes to block mobile signals. Full instructions are included, and we can provide further advice online and by phone if needed.”

In most instances, fitting a simple filter should resolve any interference from 4G at 800 MHz. This can be done in a single appointment. However, if that doesn’t work, at800 is also available for follow-up visits at no cost to resolve the issues.

Cable and satellite television providers, like Sky Q and Virgin Media TV, should not be affected by the newly-installed 4G masts. That’s because of the frequencies used by these set-top boxes to receive their channel feeds and Electronic programming guide (EPG). However, if viewers have cable and satellite from these providers at home, but still watch Freeview – in a spare bedroom, for example – at800 can still provide the free filter service to fix any issues.

It comes as Freeview rolled out a crucial update to anyone using an Android TV-powered Smart TVs. On-demand shows and live broadcasts will now be included in the redesigned menu from Google, which develops the Android TV software used by manufacturers including Sony, Hisense, and more.