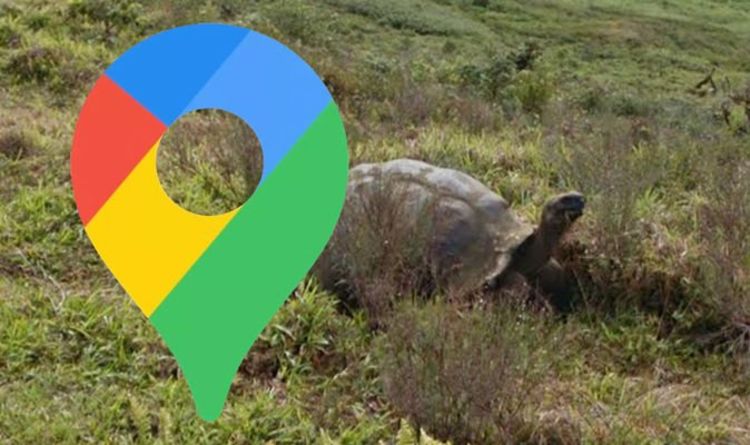 Google Maps Street View was developed as a tool to help people discover locations around the world. Increasingly, though, users are beginning to notice it also has a habit of uncovering some jaw-dropping moments unfolding in all corners of the globe.
What’s more, it appears the tortoise has a clump of grass in its mouth, obviously enjoying a snack.

The creature is surrounded by ferns, which are also native to the island.

In fact, around 100 fern species call the Galapagos home.

Galapagos tortoises are named after their homeland and are native to the region.

They are the largest living species of tortoise, with some modern Galapagos tortoises weighing as much as 417kg (919lb).

Today four species are extinct and only 10 percent of the original number remain.

However, it is thought that there are currently 20,000–25,000 wild tortoises living on the islands today.

There are also a number of initiatives working to help restore tortoise populations throughout the archipelago.