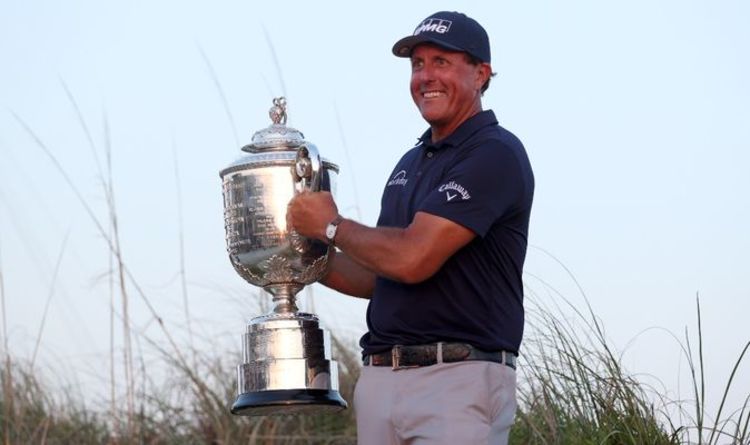 But there was certainly a nervous ending for the 50-year-old as he carded three bogeys on holes 13, 14 and 17.

It gave Koepka some hope heading into the final hole with two shots between the pair of them.

And Mickelson sent his drive out left into the baying crowd while Koepka perfectly placed his in the fairway.

There were wild scenes as course officials attempted to hold back the overzealous crowd before Mickelson sent a marvellous shot into the middle of the green to all-but seal his sixth major.

Koepka putted out for par, leaving Mickelson to himself on the green with hundreds of spectators watching on, holding in their incoming cheers.

And they let roar when Mickelson holed out for par with the American holding his arms alot in celebration before embracing his brother and caddie, Tim Mickelson, in a touching moment.