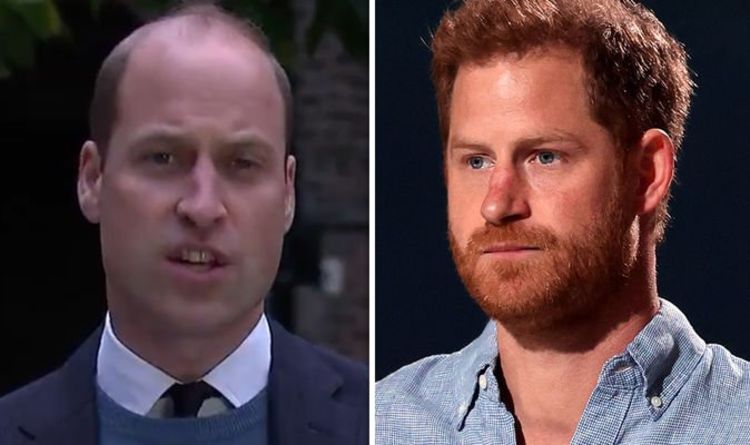 Prince Harry, 36, and Prince William, 38, both hit out at the BBC following a probe into how journalist Martin Bashir secured his 1995 Panorama interview with their late mother Princess Diana. The report by Lord Dyson was published on Friday and contained damning details about how Mr Bashir went unpunished by the organisation despite having admitted to showing Diana forged bank documents.

Language expert and author Judi James analysed Harry and William’s reactions to the investigation and highlighted the differences between their statements.

According to the expert, the brothers who have been on different paths since Megxit were reunited in their bid to protect their late mother’s memory.

Judi told Express.co.uk: “It is touching to see both of Diana’s sons stand up so quickly to defend her memory with passion and justifiable anger.

“In many ways, this is a moment of unity for both of them.

“Long-running conflicts between two people are often resolved when they unite against a common enemy.

“We can’t know how many angry words they must have wanted to use here but both choose to speak in the ‘adult’ state of rational calm to make their words even more powerful.”

William issued a video message following the BBC’s report being published that was shared on Kensington Palace’s social media accounts.

Responding to William’s words Judi said: “William’s statement is formally composed, starting with words of thanks and even a note of polite positivity: ‘It is welcome that the BBC accepts the findings in full…’

“His tone is suitably authoritative and he appears to speak from a position of one who has the power, status and authority to make a change or to help ensure change happens.

“He even ends with a very specific analysis of exactly what that change should be: ‘It is my firm view this should never be aired again’.

“William’s words slowly increase in power as he writes. From ‘extremely concerning’ as he lists the points made by the findings he builds to words like ‘deceitful’ ‘hurt’ and his mother’s ‘fear, paranoia and isolation’.”

She added: “William also adds his very personal experience and view on the fall-out when he says ‘…I remember from those final years with her’.

“William is careful in describing his own response, saying ‘What saddens me the most’ rather than referring to the anger that was visible in his body language as he delivered the message.

“William also uses words to speak personally and in the singular: ‘It is my view…’ ‘I remember…’ and ‘my mother…’ to suggest he is fighting alone.”

William said: “I would like to thank Lord Dyson and his team for the report.

“It is welcome that the BBC accepts Lord Dyson’s findings in full – which are extremely concerning – that BBC employees: lied and used fake documents to obtain the interview with my mother.

“Made lurid and false claims about the Royal Family which played on her fears and fuelled paranoia.

“Displayed woeful incompetence when investigating complaints and concerns about the programme.

“And were evasive in their reporting to the media and covered up what they knew from their internal investigation.

“It is my view that the deceitful way the interview was obtained substantially influenced what my mother said.

“The interview was a major contribution to making my parents’ relationship worse and has since hurt countless others.

“It brings indescribable sadness to know that the BBC’s failures contributed significantly to her fear, paranoia and isolation that I remember from those final years with her.

“But what saddens me most, is that if the BBC had properly investigated the complaints and concerns first raised in 1995, my mother would have known that she had been deceived.

“She was failed not just by a rogue reporter, but by leaders at the BBC who looked the other way rather than asking the tough questions.

“It is my firm view that this Panorama programme holds no legitimacy and should never be aired again.

“It effectively established a false narrative which, for over a quarter of a century, has been commercialised by the BBC and others.

“This settled narrative now needs to be addressed by the BBC and anyone else who has written or intends to write about these events.

“In an era of fake news, public service broadcasting and a free press have never been more important.

“These failings, identified by investigative journalists, not only let my mother down, and my family down; they let the public down too.”

Prince Harry has ‘shot himself in the foot’ after sparking US fury [INSIGHT]
Royal POLL: Should Royal Family apologise to Prince Harry and Meghan? [POLL]
Palace braces for fresh chaos as Harry to make appearance on TV today [VIDEO]

Harry’s full statement read: “Our mother was an incredible woman who dedicated her life to service. She was resilient, brave, and unquestionably honest.

“The ripple effect of a culture of exploitation and unethical practices ultimately took her life.

“To those who have taken some form of accountability, thank you for owning it.

“That is the first step towards justice and truth. Yet what deeply concerns me is that practices like these – and even worse – are still widespread today. Then, and now, it’s bigger than one outlet, one network, or one publication.

“Our mother lost her life because of this, and nothing has changed. By protecting her legacy, we protect everyone and uphold the dignity with which she lived her life.

“Let’s remember who she was and what she stood for.”