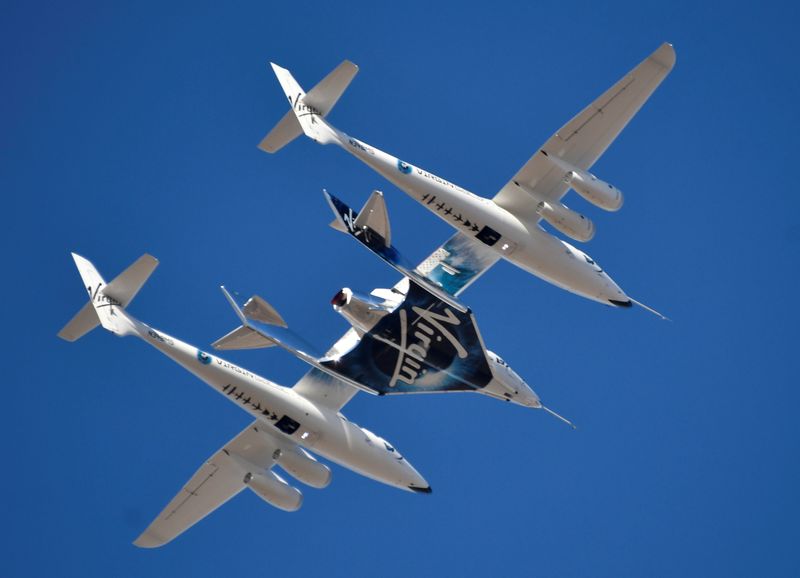 This is a milestone in Branson’s near two-decades effort to create a commercial “spaceline” to take paying customers into outer space.

Touted as the first human spaceflight from the state, Branson’s SpaceShipTwo craft lifted off in the desert about 45 miles northeast of Las Cruces, New Mexico, about 10:35 a.m.

About 50 minutes later, traveling at more than 2,300 miles an hour, it reached a height NASA recognizes as space and attained suborbital flight status.

Branson shared videos of the flight on social media and said on Twitter, “Delighted to be on the flightline to Virgin Galactic’s first human spaceflight from the majestic Spaceport America.”

On the flight deck were CJ Sturckow and Dave Mackay who reached space, while Kelly Latimer and Michael Masucci piloted a carrier plane that helped the craft lift off, the company said.

The space plane, which can hold six passengers, glided to a landing on a runway safely with its two pilots about 11:45 a.m.

“The crew experienced extraordinary views of the bright, blue-rimmed curvature of the earth against the blackness of space … Their experience today gives Virgin Galactic’s future Astronaut customers a glimpse of what lies ahead,” the company said in a release.

Branson founded the company in 2004 and this is the third time his company reported reaching space.

The Washington Post reported that this flight comes at a critical time for Branson as his space venture is facing competition from billionaire Jeff Bezos’ Blue Origin, the Amazon (NASDAQ:) founder’s own efforts to create a commercial spaceline.

Saturday’s flight is the first time Branson’s crafts have reached space in more than two years, when the company moved its operations from Mojave, California, to New Mexico.

Michael Colglazier, the CEO of Virgin Galactic, said in a statement: “Today’s flight showcased the inherent elegance and safety of our spaceflight system, while marking a major step forward for both Virgin Galactic and human spaceflight in New Mexico.”