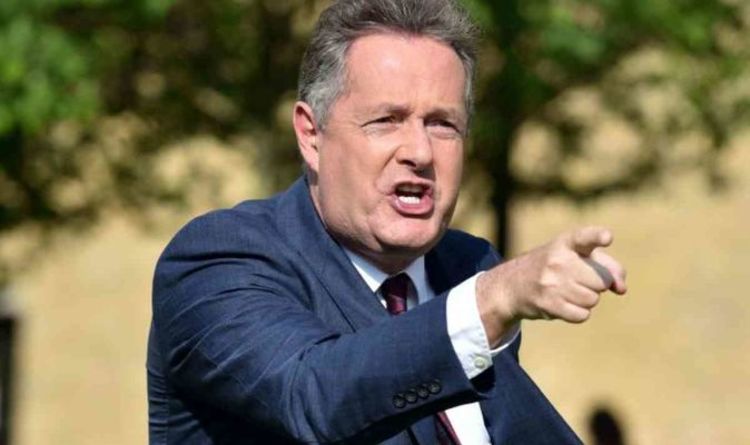 The former Good Morning Britain presenter fumed on Twitter over the lack of representation sent by the BBC to the Andrew Marr show to explain the ongoing furore over Martin Bashir’s access to Princess Diana for the controversial 1995 interview. The current controversy surrounds a new report by Lord Dyson that suggested Mr Bashir gained interview access to Princess Diana by “deceitful” means. Writing on Twitter Mr Morgan said: “Extraordinary, and shameful, that nobody from BBC management would appear on Andrew Marr’s show today to answer questions about the Bashir/Diana scandal engulfing the Corporation.
“What a load of gutless weasels.

“We pay their salaries!

“They should be accountable to the public.”

One follower of Mr Morgan tweeted a reply that said: “Massive Problem with Bashir and Diana, we’re judging journalism of the past by today’s standards, I do not believe for one minute that any journalist or editor would not have done what Bashir did, if, and this is crucial, had the access or trust that the BBC had.”

An independent inquiry led by Lord Dyson found that Mr Bashir used deception to get the 1995 interview with Princess Diana.
Mr Bashir claimed that the princess even visited his wife in a south London hospital on the day she gave birth to their third child.
Speaking to The Sunday Times Mr Bashir said: “Everything we did in terms of the interview was as she wanted.

“Everything from when she wanted to alert the palace, to when it was broadcast, to its contents.”

However, he admitted that he showed her brother Earl Spencer forged bank statements as part of the method to secure the interview.
He said: “Obviously I regret it, it was wrong.

“But it had no bearing on anything.

However,  Princess Diana’s brother, Earl Spencer, has said he “draws a line” between the interview and his sister’s death in Paris in 1997.

Addressing Earl Spencer’s remarks, Mr Bashir said: “I don’t feel I can be held responsible for many of the other things that were going on in her life, and the complex issues surrounding those decisions.

“I can understand the motivation [of Earl Spencer’s comments] but to channel the tragedy, the difficult relationship between the Royal Family and the media purely on to my shoulders feels a little unreasonable … The suggestion I am singularly responsible I think is unreasonable and unfair.”