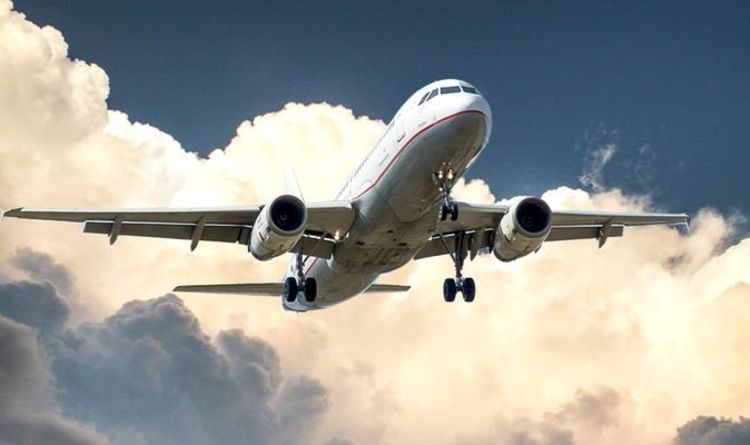 From finding a dead chicken to someone’s ashes. As cabin crew, he has seen the weirdest and most bizarre situations while flying the skies.
Miguel Muñoz, 29, has been working as cabin crew for more than four years flying out of the UK.

Although he explained that people tend to do strange things on board a plane, he has now revealed what are the situations that shocked him the most.

“A few years ago I was operating a flight from Sofia to Dublin.

“There was this strange gentleman I noticed when we were boarding. Although you do encounter a lot of weird people on the plane, this one caught my attention as he had blood all over his clothes but was acting all normal,” he explained.

“When that man placed his suitcase in the overhead compartment, he started bleeding heavily from his arm.”

This is when Miguel explains he decided to cautiously approach him and talk to him.

“I asked him if he was ok but he didn’t speak English. I pointed at his arm and showed him the blood but he pretended everything was alright.

“But then I realised he was bleeding even more. I got scared but he didn’t want me to help him and kept pretending everything was fine.

“I brought the first aid kit and some paper tissues, but he insisted that he didn’t need anything. I was confused,” Miguel said.

“First I thought that he cut himself with the overhead compartment, perhaps, and he didn’t want to tell me, but when he started cleaning the blood from his arm I saw there was no cut or injury. I thought that was really strange.

“When I looked up, I saw that the overhead compartment was full of blood and it was coming out from his bag!”

At that point, Miguel decided to ask for help and called his cabin manager.

“I obviously got scared. My cabin manager thought that was suspicious and asked the man to see what was inside the bag.”

The man got really upset and refused to show what was inside his bag.

“We threatened him to kick him out of the flight if he didn’t show us. He then grabbed the bag – now completely covered in blood – opened, and we were horrified when we saw what was inside: a dead chicken.”

“But with all the feathers and everything! The chicken was missing the head and that explained all the blood coming out of his bag.”

Miguel then asked the man how he could bring a dead animal onboard a plane.

He explained that a dead chicken was the best souvenir to bring from his country to his family in the UK.

“I still don’t know how he went through security with a dead chicken in his bag,” explained Miguel.

Another time, Miguel was walking around the cabin when he noticed a lady that had a very big box placed on the seat next to her, and told her that the item had to go under the seat or in the overhead compartment.

“She got really upset and started shouting at me. I couldn’t understand why she was being that way and asked her to calm down.”

When she finally calmed down, the lady explained to Miguel that she had paid for an extra seat to have her husband next to her. “But again, I asked her again to place the box under the seat so her husband could seat when he came back.”

She then got even more upset and told Miguel that he wasn’t getting it, as that was indeed her husband. The box contained her husband ashes and she had paid an extra seat to have “her husband” seating next to her.

“I discreetly turned around and went away,” says Miguel.