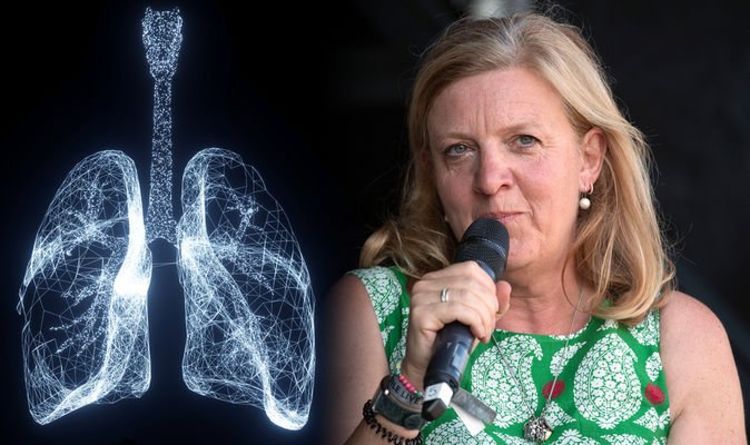 Diagnosed in 2016, the doctor told it straight to Charlotte Smith – in 10 years time she’ll need a lung transplant or she may die. “All I could focus on was the thought that I could die in 10 years,” said the mum-of-two. In complete “shock”, Charlotte said the diagnosis didn’t kick in “like it was supposed to”, she told The Mirror. Although the impending year is fast approaching – now only five years away – Charlotte is grateful she is alive.
Plus, Charlotte’s doctor reassured her that death was the “worst-case scenario” and probably wouldn’t happen to her.

When questioned what LAM was, Charlotte replied: “LAM is the abnormal growth of smooth muscle cells, especially in the lungs, which can lead to loss of lung functions.”

The cause behind the rare disease is unknown, but the condition is a result of an abnormal mutation of the LAM cells.

The symptoms of LAM:

Women with LAM may develop a collapsed lung (pneumothorax), which is when air gets into the space between the outside of the lung and the inside of the rib cage.

Speaking exclusive to Express.co.uk, Charlotte revealed that her “lungs had collapsed” and she was “in the hospital for two weeks”.

In LAM, if the lymphatic tissues are blocked, then there may be a bloated stomach and fluid around the lungs.

Inhalers may be prescribed to help ease breathlessness and oxygen therapy could be an option.

In the UK, the National Centre for LAM is at Nottingham University Hospital.

This is where the diagnosis and treatment of LAM will be instigated.

Charlotte Smith will return to BBC One’s Countryfile for a special community gardens episode on Sunday, May 23 at 6pm.