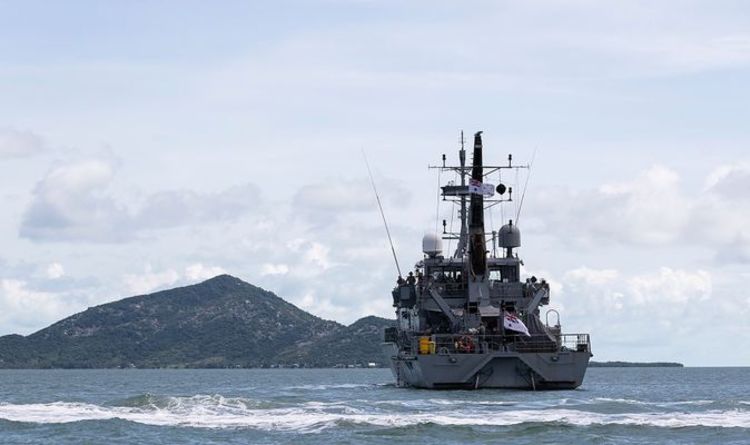 Beijing’s Communist Party mouthpiece, Global Times, lashed out against the country with a warning not to interfere with their Taiwan affairs or they would be “among the first to be hit.” The warning follows the completion of a joint military drill in the South China Sea which saw Australia involved in friendly war game exercises with Japan, the US and France.
In a scathing article, Global Times said: “The People’s Liberation Army doesn’t even need to make pointed responses to the joint drill since it’s insignificant militarily.

“Australia’s military is too weak to be a worthy opponent of China, and if it dares to interfere in a military conflict for example in the Taiwan Straits, its forces will be among the first to be hit.”

The drill follows a series of comments made by Australian senator, Jim Molan, who proposed that Australia may be able to deter China from further acts of aggression by deploying “significant forces into the region.”

Senator Molan made the comments after predicting that China may invade Taiwan “sooner rather than later.”

Global Times continued: “Australia must not think it can hide from China if it provokes.

Tensions between Beijing and Canberra have escalated over the past year as China introduced nearly $ 20 billion in tariffs together with bans on exporting against Australia.

China has claimed over 90 per cent of the South China Sea as its own territory.