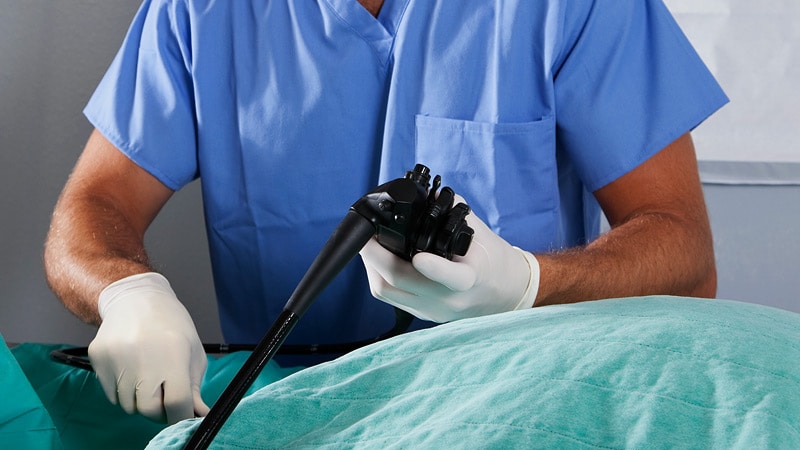 Investigators found 64% of 105 total endoscopies featured retained biopsy samples, including 76% of EGDs and 50% of colonoscopies examined.

“The take-home message would be that retained biopsies are much more common than most endoscopists would think. In our institution, many endoscopists guessed 10% to 15%, while the actual number was 64%,” Gregory Toy, MD, told Medscape Medical News.

Raising awareness about the high proportion of retained biopsy samples “could help change behavior to make this happen less often,” added Toy, an internal medicine resident at the University of Utah Health in Salt Lake City.

“Another finding of this study was that there were significantly more retained biopsies found in EGDs compared to colonoscopies,” Toy said.

“The study is very important as it points out a significant rate of tissue retention in the biopsy channel at the conclusion of endoscopic procedures,” session moderator Serge Sorser, MD, told Medscape Medical News in an email when asked to comment.

“Not only does this mean that not all tissue is submitted for pathologic review, but also brings to light the need for diligent endoscope processing between procedures,” he said.

Because biopsy specimens during GI endoscopy procedures must pass through the device’s biopsy channel and cap, Toy and colleagues decided to examine the rate of potentially retained samples.

Endoscopists “have noted anecdotally that retained biopsies can be found in the accessory channel and/or cap,” Toy said during his presentation at DDW. “However, this has not been formally studied.”

After 55 EGDs and 50 colonoscopies, each a standard outpatient procedure, the researchers removed the cap and the male end where the cap attaches. They brushed these areas for residual tissue. Next, they applied a new suction trap and cleared the channel using water and suction. They then brushed the channel and repeated the water and suction procedure. As a final check, they visually inspected the cleaning brush.

They sent any recovered tissue — designated from either the cap or channel — to pathology for evaluation. “The new pathology reads from these retained biopsies changed or added to the diagnosis in only five of our patients. All of these changes were minor, and patients were already on appropriate treatment,” Toy said.

Interestingly, Toy and colleagues found no differences between EGDs and colonoscopies with and without retained biopsy samples according to procedure time, doses of propofol or fentanyl, and age or gender of the patient. Likewise, the number of samples collected did not appear to influence the retention rates.

“The overall incidence of retained biopsies during standard upper and lower endoscopy is high,” the researchers noted.

Inclusion of multiple endoscopists and a hospital outpatient setting were strengths of the study. Limitations included a single center study with a relatively small sample size.

Toy and Sorser have disclosed no relevant financial relationships.