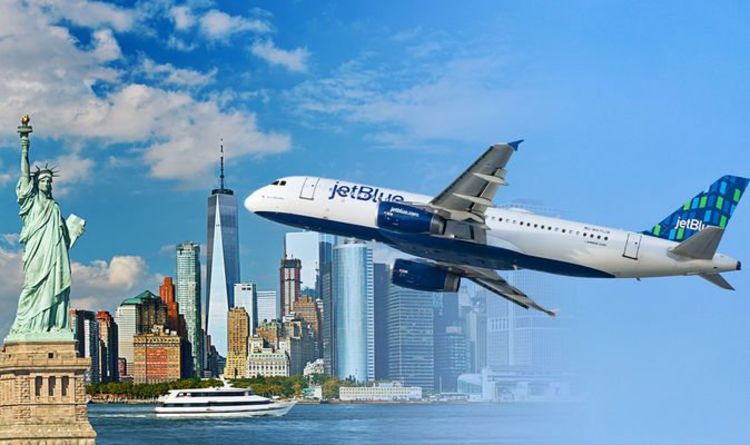 Budget US airline JetBlue has unveiled plans for two new direct flight routes from the UK to New York City. The flights will depart from London Heathrow Airport and London Gatwick Airport to New York’s JFK.
“Our low fares will disrupt the pricing of the major carriers and massive joint ventures, JetBlue’s presence in this market is going to be immediately noticeable to customers, commented Robin Hayes, chief executive officer, JetBlue.

“The pandemic has opened doors to London’s two busiest airports, and we look forward to bringing customers low fares and great service at both Heathrow and Gatwick,” he continued.

“JFK-LHR, the single largest international air travel market from the US, has long suffered from outrageously high fares for far too long, especially

in premium cabins. We’re ready to change that with a price point and experience that will impress even the most discerning transatlantic flyers.

“We’ve always said that JetBlue would serve multiple London airports, and we’re pleased to have secured a path at Heathrow and for long-term growth at Gatwick, which offers speed, low costs, and convenient accessibility into Central London.”

Similarly, Stewart Wingate, chief executive officer at Gatwick Airport said: “Being able to offer our customers the low cost, high-value experience from JetBlue, with daily flights to New York starting in just a few months, is a welcome addition to the choice of airlines and destinations which Gatwick currently has.”

Though it is not yet clear whether or not the US will be added to the UK “green list” in time for summer, flights are already on sale and industry insiders remain hopeful.

Mr Holland-Kaye added: “Ministers should help more people travel safely and boost the economy by moving more low-risk destinations – including the US – to the green list as vaccination rates increase and infections decrease.”